KTM has changed Bradley Smith's crew chief for the rest of the MotoGP season, with the rider admitting this is motivated by the desire for his results to improve

The 26-year-old has had a difficult season with KTM and lies 22nd in the championship with a best finish of 13th.

Esteban Garcia has now moved over from the test team to replace Tom Jojic as crew chief.

Garcia has been crew chief for KTM tester Mika Kallio's wildcard entries on a third bike this year, with KTM deciding to make the change in the evening after the Finnish rider's 10th place finish in the Austrian Grand Prix earlier this month.

"The main reason is that KTM would like my results to improve and they believe that this is the best way for the remainder of the season to make sure that that happens," said Smith.

"I follow whatever their decisions are. When I look at what Pit [Beirer, KTM motorsport director] has managed over the course of his career and what he continues to manage, I go with whatever that guy honestly thinks.

"He analysed both in Brno and Spielberg and made the decision on the Sunday night after Spielberg."

Smith, who said he had an "amazing" relationship with Jojic, has described this as the latest step in a "process of elimination" designed to improve his performance.

When asked about what has been missing so far this season, Smith said he had not identified a specific problem.

"I wouldn't say I found there was something missing and couldn't put a finger on it, otherwise I would have done it a long time ago," said Smith.

"I'm always had a relationship with everyone inside of KTM that I could be honest that something wasn't working.

"I have been asked how I approach and how I do things, and this is just another part of that process of elimination to make sure that the results come." 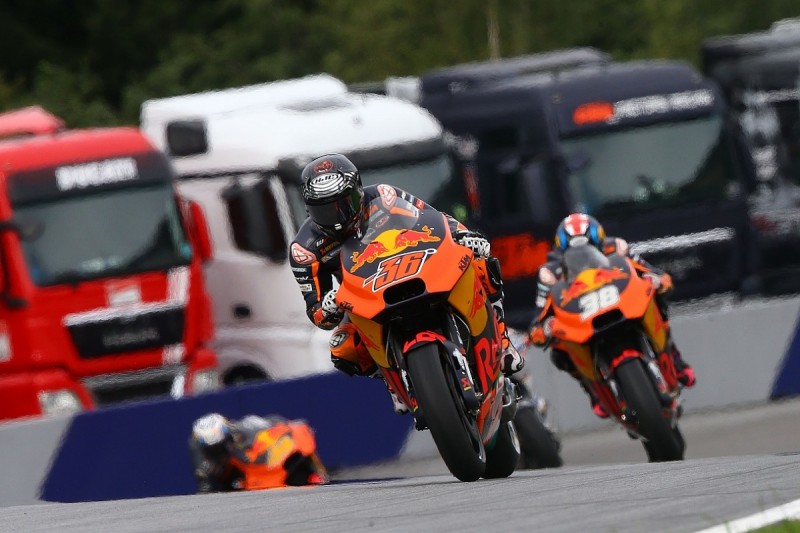 Smith accepted that his ride could come under threat from Kallio, but is confident he can turn his performances around.

"I think that's always a possibility and I don't shy away from that, but also I understand that" he said.

"But I don't believe that that is the situation that we're in. I just hope that this change gives me a chance to put all of those doubts and questions away."