KTM CEO Stefan Pierer has labelled new MotoGP signing Johann Zarco's performance so far in the 2019 season as "simply unacceptable", and suggested his current struggles are "psychological" in nature

Zarco, who was aggressively courted by KTM after impressing right away on the Tech3-run satellite Yamaha on his arrival to MotoGP, has been unable to replicate his form since joining forces with KTM on an initial two-year deal.

He has amassed just seven points from the first four races of 2019 and has not yet managed to gel with the RC16 bike, which has left him trailing team-mate Pol Espargaro.

"He's having issues, but it's a psychological thing of his own.

"Recently he split with his lifelong agent [Laurent Fellon], the man who placed him where he currently is.

"The people surrounding him now are creating more complications than anything else.

"At this level of competition, the last step is always psychological.

"Besides, he has to accept that our bike isn't a Yamaha, with its inline four cylinders [as opposed to KTM's V4 engine configuration].

"I myself will push him until he delivers at the level appropriate to our goals, that is for sure."

After four races, KTM sits last of the six brands in the manufacturers' standings with 21 points - which is seven points more than it had at this stage in 2018.

All of its points have come from Espargaro, who has been the highest-placed of the four KTM riders in each race so far. 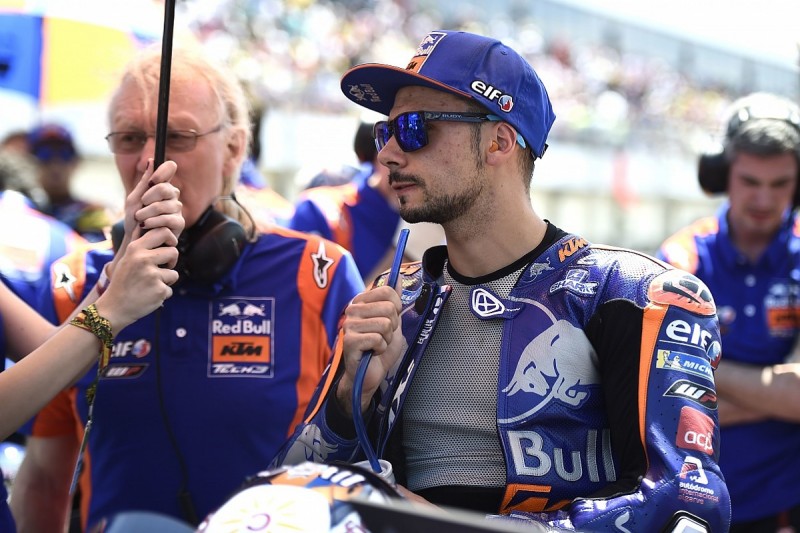 Pierer, who believes the RC16's gains are bigger than the results have suggested so far, has been buoyed by the form of MotoGP rookie Miguel Oliveira, who is riding for KTM's new satellite outfit Tech3 and has just been handed a contract extension.

"I think our expectations in MotoGP will be accomplished in our third year, but the progress is bigger than what the points show," he said.

"As I said, the disappointment is Zarco, he isn't up to it.

"On the other hand, I am very happy with Oliveira."

Pierer has also voiced his dissatisfaction with the current state of KTM's Moto2 programme, with the Austrian bikes generally struggling in the intermediate class and yet to score a podium since the off-season switch to a new engine formula.

"I'm very mad with our Moto2 project. I mean that regarding the development of the bike," Pierer said.

"I'm not referring to our riders because we have Brad Binder, the best of the category.

"In [the next race at] Le Mans we will be able to see a step forward in terms of material."