The reigning world champion qualified ninth in the rain, but was not convinced by his performance during the dry running on Friday, which he finished fourth-fastest.

A three-time winner at Silverstone, Lorenzo and his crew were weighing up a stiffer set-up on his M1 for the race and despite missing the chance to try it during the damp morning warm-up, opted to proceed.

However Lorenzo finished eighth, nearly 20 seconds behind Suzuki's Maverick Vinales, who will replace him at Yamaha next year, having also suffered rear tyre vibration.

"We made some kind of a gamble today for the setting," he said.

"We wanted to try it in the warm-up but in the rain we couldn't try it.

"So we were discussing to put it or not to put it and finally we made this gamble to make the bike harder in the suspension.

"It looks like in general the Yamaha here this year, we struggled on the bumps. 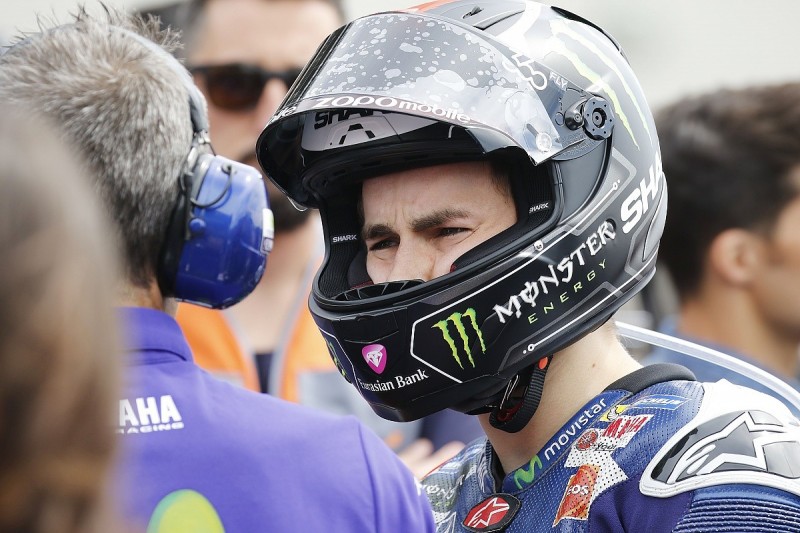 "We made the bike worse, less grip, same vibration over the bumps and finally I had a problem with the rear tyre."

TITLE HOPES ARE OVER

Rossi finished third, one place ahead of championship leader Marc Marquez, with the Honda rider still holding a 50-point advantage over the Italian, while Lorenzo is now 64 adrift.

Having recorded just one podium and 31 points in the last six races, Lorenzo says his focus is on getting back into winning form, not any notion of challenging for the title.

"I don't care about the championship because we are not competitive, we are losing a lot of points," he said.

"Somehow, something always happens for us to lose points in the last races.

"Let's see at Misano, in the dry we are OK to be one of the fastest, to fight for the victory and if it rains try to make another step forward.

"I had the feeling in Brno I was ready to fight for the win, we had good pace in the weekend but also in the test on Monday, but it rained in the race.

"Here, no. From second practice we were slower than three or four guys who had better pace, we decided to take a gamble on the race."