The three-time champion switched from Yamaha at the end of 2016, bringing to an end nine years with the team that brought him into the top class.

"I signed with Ducati to finish my career here, although you never know what's going to happen in life, let alone in racing," Lorenzo told Gazzetta dello Sport.

"But my intention is to retire as a Ducatista and, if possible, as a legend.

"Staying at Yamaha was a very good option, both from a financial point of view as well as the package the team and the bike form. But I chose Ducati."

Lorenzo added that he signed off his time alongside Valentino Rossi on good terms with the Italian, shaking hands after the 2016 finale at Valencia.

"I understand the importance Rossi has for Yamaha, for everything he has given to them, for his victories, his titles, and the relevance a character like him has on marketing," he added. 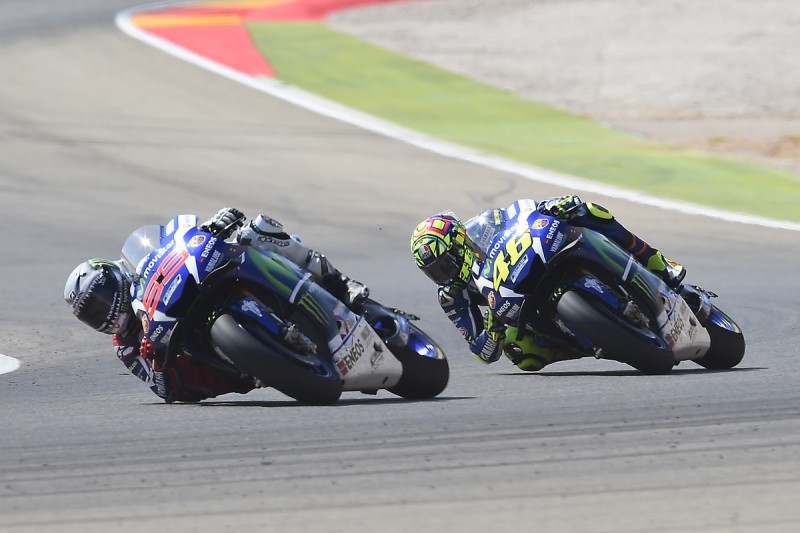 "It's normal for a manufacturer like Yamaha to focus on him.

"But every time we re-signed, Yamaha and especially [team boss] Lin Jarvis acknowledged my value.

"It's very difficult to have a good relationship with your team-mate, because he's your main rival.

"If he beats you, there are no excuses. But in the end it's good [to shake hands] because it helps you understand that he is someone like you, who has feelings like you."

Following Ducati's 2017 launch last week, Lorenzo will travel to Sepang to ride from Monday to Wednesday in the first test of the year next week.

Two weeks later he will be on the Desmosedici again at Phillip Island, with the final pre-season test taking place in Qatar a few days before the start of the season at the Losail circuit on March 26.