Less than 36 hours after winning on his Yamaha farewell on Sunday, Lorenzo was the first rider out when pit exit opened at 10am on Tuesday.

The Spaniard conferred with Ducati's test rider Casey Stoner after that initial five-lap run, and took his total to 26 laps after two-and-a-half hours.

Ducati has its 2017 bike at Valencia, but Lorenzo is set to work with the '16 model for most of, if not all, of Tuesday.

Like many manufacturers, Ducati is running the now-banned winglets, to provide an accurate benchmark with data from the race weekend.

He was also fastest through the speed trap, at 322.4km/h, 3.6km/h faster than Avintia Ducati's Hector Barbera.

Maverick Vinales was second at the time on his first run with Yamaha (pictured below), one spot ahead of new Suzuki recruit Andrea Iannone.

New KTM pair Pol Espargaro and Bradley Smith were 14th and 23rd, while Tech3 Yamaha's Jonas Folger was the best of the rookies in 17th. 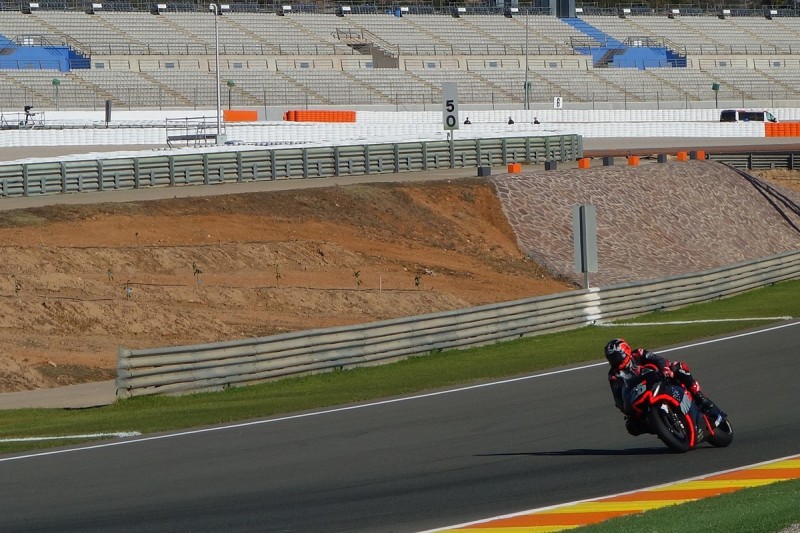