The reigning champion finished a lapped 17th and last following tyre woes on Sunday, but led team-mate Valentino Rossi in a Yamaha one-two at the test - which was delayed initially while a diesel spill was cleared from the track.

Yamaha tried a new chassis and swingarm as well as Magneti Marelli's latest software updates and some Michelin tyre developments for 2017.

Marc Marquez was top Honda in third, 0.7s off the pace.

Shock Brno winner Cal Crutchlow was first out once track conditions were good enough for meaningful running and ended the day fourth for LCR Honda, following by Suzuki's Maverick Vinales.

Yamaha gave its World Superbike racer Alex Lowes a run on Pol Espargaro's Tech3 bike as a reward for helping it win the recent Suzuka 8 Hours, though the Briton's outing was curtailed by a minor crash. 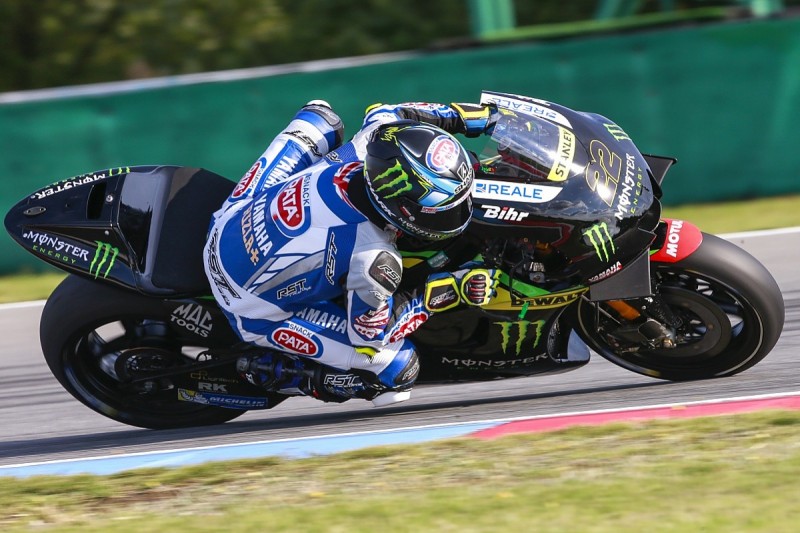