But he is racing under an injury cloud, battling pain in his ribs following a motocross training crash during the summer break.

While he has pushed through the practice sessions and qualifying, the 27-year-old knows Sunday's 28-lap race will pose a tougher challenge.

"The injury, today, it's a little bit better," he said.

"Clinica mobile worked very well and I am recovering fast in a very short time.

"From yesterday the pain improved a lot, but for 28 laps tomorrow it's very difficult.

"But at the moment I don't want to think a lot on my injury because it's a negative point.

"We have a lot of positive points and today we got pole position, it's my second pole position in MotoGP and it's a very good moment for us."

Ducati stamped itself as the manufacturer to beat when it dominated last month's pre-event test, and Iannone also led the way in Saturday morning's third practice session. 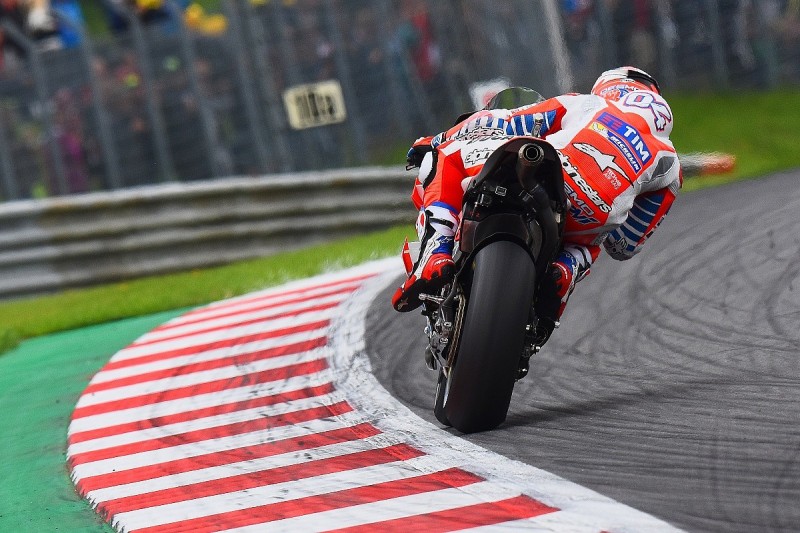 Dovizioso was seventh in that session as he focused on race preparation, but has also topped two practice sessions and is not surprised that he ultimately missed out on pole position by 0.156 seconds.

"I know especially Iannone is really fast in qualifying," he said.

"We tried to take pole position but I couldn't make it.

"I didn't make a perfect lap, I did a good laptime, but not better.

"But what's important is the race and I'm so happy about the weekend until now, because our pace for the race is really good.

"We'll see tomorrow who worked in the best way for the 28 laps."