The 2021 season is set to get underway on 28 March with the Qatar Grand Prix, before the Doha GP - a recent addition to the calendar - at the same Losail International Circuit takes place a week later.

MotoGP, however, will be present in Qatar for almost the entirety of March currently, with five days of pre-season testing from 5-12 March for the premier class and three days from 19-21 March for Moto2 and Moto3 scheduled.

Currently, Qatar's COVID-19 travel protocols dictate any arrivals into the country have to serve a minimum six-day quarantine period before being allowed out on the seventh day so long as two negative PCR test results are obtained.

MotoGP's protocol will allow the entire paddock to bypass this quarantine period if they can show a negative COVID-19 test obtained in their origin country.

Upon arrival in Qatar, all paddock members will be tested again before being transferred to their hotels while awaiting the results of the second PCR test. 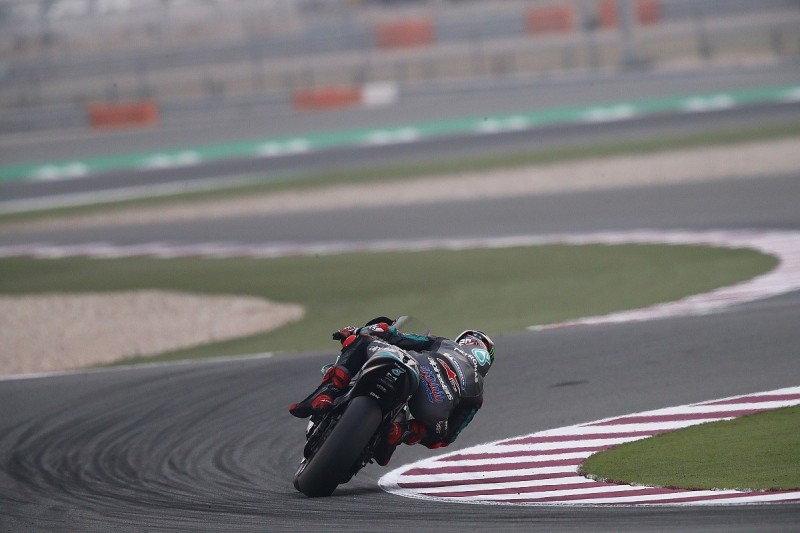 From this point, the bubble protocols - which the paddock operated with to maintain social distancing and stop group mixing last year - will come into effect.

Anyone who leaves the country before the first race must undergo the same steps as mentioned above before being allowed into the paddock.

MotoGP had planned to do something similar in Malaysia for the Sepang pre-season test this month, before it was ultimately cancelled after the country declared a state of emergency owing to a surge in COVID-19 cases.

As well as two races in Qatar, the third round of the season will now take place in Portugal in early April after the US and Argentine GPs were postponed to an unspecified date at the end of the year.

On Wednesday, a spokesperson from the Buriram circuit in Thailand told Autosport reports the country's grand prix had been cancelled this year were a result of a "misunderstanding".

While further calendar revisions are likely as the world currently faces a second wave of COVID-19 infections, on Tuesday the Brno circuit confirmed a lack of funding meant it could not carry out required track works and has had to cancel its MotoGP event for 2021.