Marquez had his first opportunity to clinch a fourth premier class crown last weekend at Sepang, but could only come fourth as Dovizioso ensured the title race goes to the final round with victory.

Dovizioso needs to win at Valencia and hope that Marquez finishes outside of the top 11.

"In Valencia, there won't be team orders inside Honda," said Marquez.

"The best team order would be Dani winning there.

"He has to give his 100 percent. It is one of the best circuits for him as he's very fast there and could win.

"I will try to give my best in all practice sessions and then, in the warm-up, let's see where we are and what we are able to do. 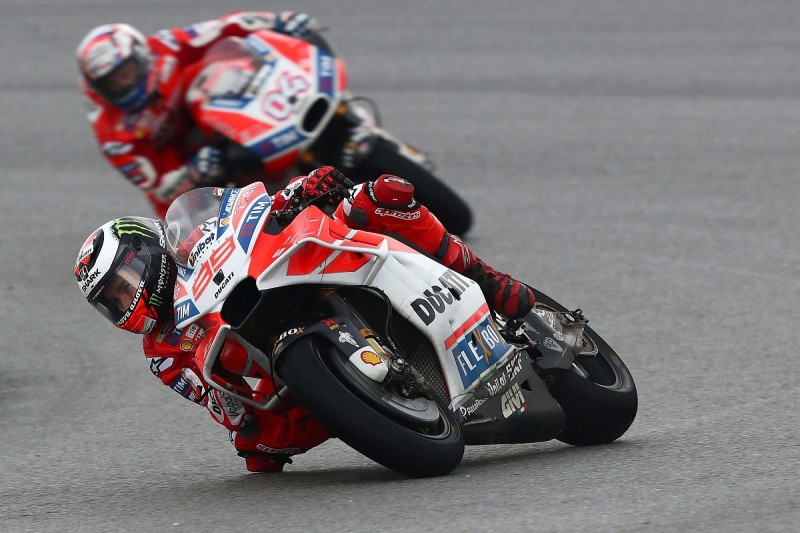 Although Lorenzo did not see Ducati's dashboard instruction to let Dovizioso past, he said he was aware of the delicate championship situation and did not need telling to allow his team-mate through.

Marquez says he "would have done the same" in Lorenzo's position.

"Those are things difficult to accept, but are part of our job."