Although Pedrosa has won 26 races in nine seasons as a factory Honda rider, he is yet to take a top-class title and has been overshadowed by team-mate Marc Marquez since the younger Spaniard's arrival as a rookie in 2013.

Pedrosa was the first person to beat Marquez in 2014, when he overcame his team-mate in a tough battle in the Czech Grand Prix, but he later slipped to fourth in the standings behind Yamaha duo Valentino Rossi and Jorge Lorenzo.

Suppo is adamant that Pedrosa's points slump was not all his fault, highlighting being taken out by Andrea Iannone in the Australian GP as a costly incident.

"With Dani I'm really sorry because he has been second in the championship nearly all season, and unfortunately because of a couple of bad races, especially one where he had no responsibility for it, he has lost the position," said Suppo.

"It is true that nowadays normally speaking the top four guys are a step ahead of the others, and he remains in that very exclusive league. We'll see next year."

The Honda chief also reckons the effect that early surgery had on Pedrosa's season is too easily overlooked.

"Dani has been influenced quite a lot by the arm-pump problem at the beginning of the season," Suppo said. 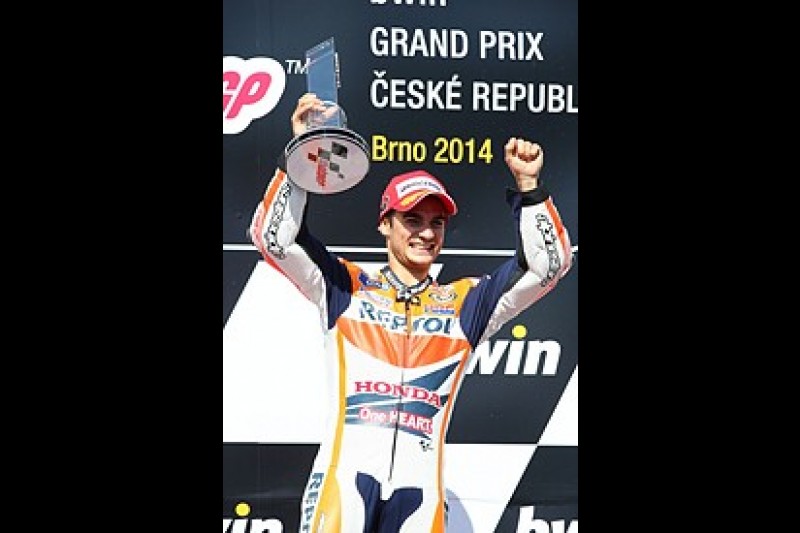 "People forget he had surgery after Jerez and he was racing at Le Mans in a very difficult condition. This didn't help him in the beginning.

"It's difficult to say exactly if there is something wrong. Maybe it's a combination of things."

Pedrosa felt his disappointing season was just down to a combination of small factors.

"It's been a tough season," he admitted.

"I had several problems here and there, and couldn't really perform at my best.

"But you have to take the positives, and I'm looking forward to improving and to coming back stronger next year."

Honda re-signed Pedrosa until the end of 2016 during the summer.