The nine-time MotoGP race winner completed several runs on the RC213Vs used by Marc Marquez and Dani Pedrosa in Honda's private test, one day before the race riders took over.

While bad weather left the Jerez surface in too poor a state to learn anything valuable on Friday, Honda entrusted the bikes to Gibernau to shake down to avoid eating into Marquez and Pedrosa's testing allocation of five days.

Now 44 and having retired at the end of 2009 (pictured), Gibernau is working with Pedrosa as a track analyst and advisor this year. 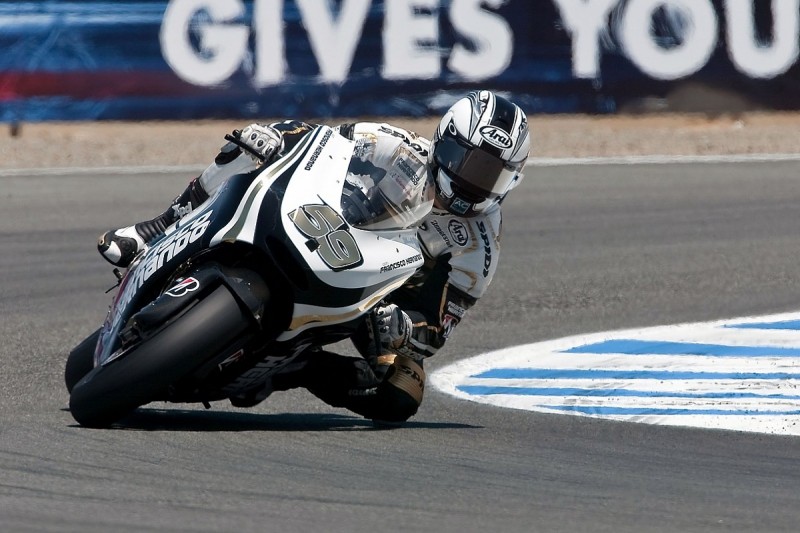 The race pair took over on Saturday in what became a single-day test, in which world champion Marquez dislocated his shoulder briefly.

Honda used a similar shakedown strategy to save its race riders' testing allocation last year, when it let Moto2 racer Alex Marquez - younger brother of Marc - ride the first prototype of its 2017 bike in the post-San Marino Grand Prix test at Misano.

Yamaha pair Valentino Rossi and Maverick Vinales used two of their five days in a private test carried out along with the Tech3 satellite team in late November at Sepang.

Ducati, meanwhile, plans to hold a private session of its own at Jerez between the Qatar season opener and race in Argentina, using race riders Jorge Lorenzo and Andrea Dovizioso for one day.