Alongside satellite LCR rider Cal Crutchlow, Marquez and Pedrosa are currently present at the Czech circuit for a two-day test.

The pair have yet to try the new chassis, which Honda hopes will alleviate its long-standing acceleration issues, but will both sample it on Tuesday's second day of running.

Marquez said at Assen at the end of June that he was not expecting Honda to introduce any significant developments for the rest of the year and was resigned to a performance deficit to Yamaha.

Speaking at a sponsor event last week, he reiterated that he did not expect the new chassis to provide anything more than a small performance boost.

"Honda has given us some little things and could be a help, but they won't make a big difference," he said.

"We will test a chassis [at Brno] and some other things.

"In any case, a test during the summer break is always a good idea for the rider and for the bike, as it means you don't lose your pace."

Yamaha introduced a new chassis during post-race testing at Barcelona last month, which riders Valentino Rossi and Maverick Vinales have used at the most recent Assen and Sachsenring rounds. 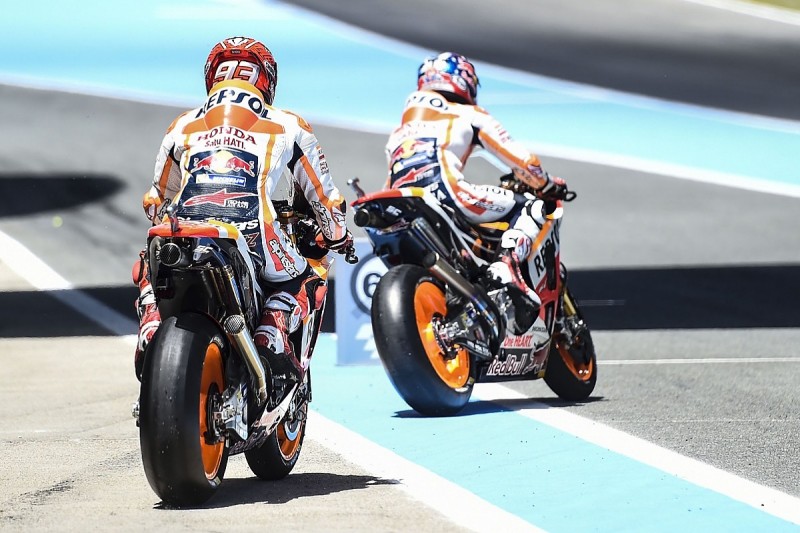