Marc Marquez says the Honda MotoGP package is still "missing something" with its electronics, despite comfortably setting the testing pace at Phillip Island on Wednesday

The reigning champion spent most of the afternoon with an advantage of almost half a second over the field, that gap only coming back to just under two tenths when Yamaha's Valentino Rossi put in a new tyre run in the closing minutes.

But despite his pace, Marquez says Honda still suffers from a lack of harmony between the electronics and the engine and that is preventing him from feeling comfortable on the bike.

"We're still missing something in some areas on the electronic side, especially with the engine," he said.

"They are not working together. It's difficult to understand.

"With electronics, the connection with the gas, with the engine, with the rear wheel, still there I don't feel comfortable.

"Maybe also it is because we were using one type of engine for many years and I was riding in one way, and now with this one you need to change your riding style a little bit. 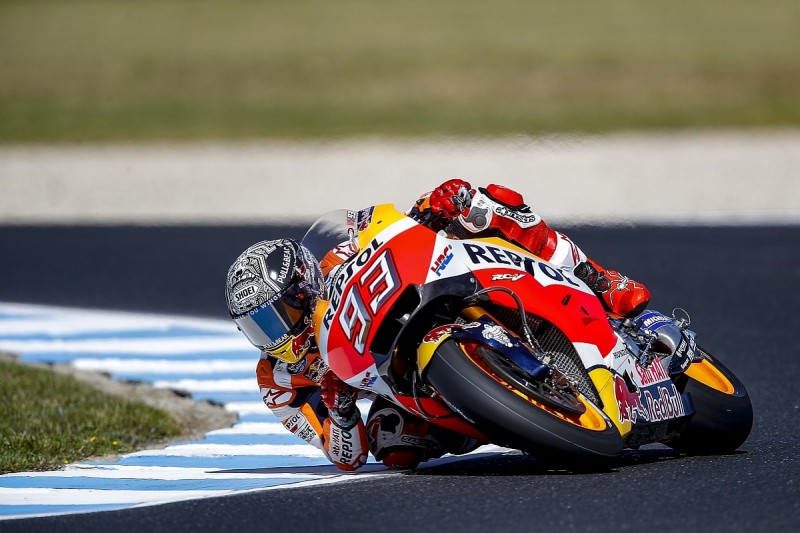 Marquez added that he remains concerned over the bike's acceleration issues, with the fast, flowing nature of the Phillip Island circuit masking any potential weaknesses in hard throttle application.

"At this circuit one of the things that is our weak point, which is the acceleration, we don't have," he said.

"Already last year we were fast here, and again this year.

"But we still have to work because in some areas we're still not comfortable."

While not comfortable with the bike, Marquez did concede that at least the problems were consistent, giving the team the best possible chance of ironing them out before the season-opening race in Qatar.

"I think it's a positive thing, because if in one corner you have one problem and in another corner another problem, then you can be confused," he said.

"But the good thing is that in all corners we have the same problems.

"I know that we have to be patient because many things are new, and they take time.

"For that reason I am just riding, just trying to give all the information.