Honda has officially announced it has signed Pol Espargaro for the 2021 MotoGP season, while Cal Crutchlow has been moved aside at LCR to make way for Alex Marquez

Last month Autosport revealed Espargaro would be leaving KTM at the end of the year to join six-time MotoGP world champion Marc Marquez at Honda in 2021.

With KTM confirming Espargaro's exit late last month as it firmed up its 2021 line-up, the Spaniard's Honda move was all but sealed.

On the eve of the delayed 2020 season getting underway at Jerez, HRC has officially announced Espargaro has signed a two-year deal to join his old Moto2 foe from 2021.

Honda has also confirmed it will be moving Alex Marquez out of the factory squad next season and placing him at LCR with factory support through 2022.

PLUS: Why Espargaro signing isn't a disaster for Alex Marquez

The reigning Moto2 champion, who was signed to Honda to replace the retired Jorge Lorenzo at the end of last year and is thought to have been a key bargaining chip in HRC securing Marc for four more years, is yet to turn a wheel in his rookie campaign.

"I am very proud to announce my renewal with Honda Racing Corporation," Alex Marquez said.

"HRC gave me the opportunity to arrive in MotoGP and I am glad to join the LCR Honda Team at the end of 2020 and compete in a big team with great experience in MotoGP.

"I want to thank HRC and the LCR Honda Team for their trust in me to be able to continue in the Honda family and I will work hard to prove their confidence with results.

"Now, I am eager to start the season in Jerez and I am completely focused to give my best this year." 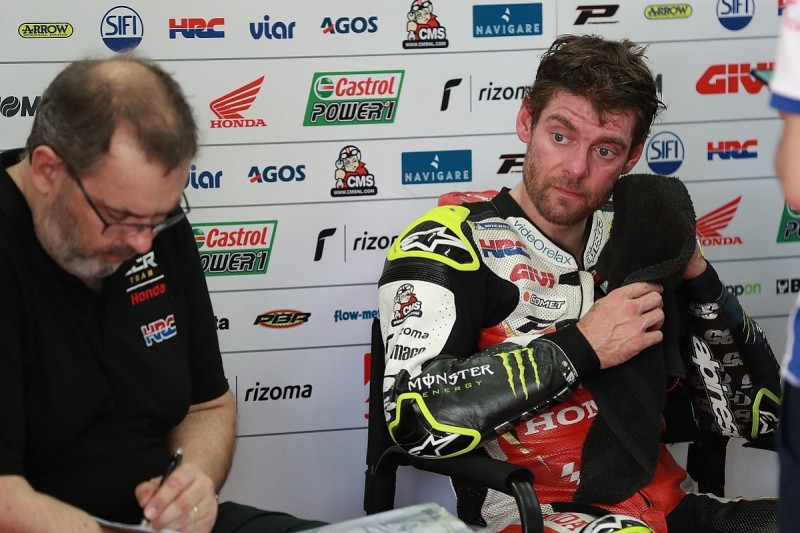 Crutchlow joined LRC and Honda in 2015 following a tough campaign with Ducati the year before, and signed directly to HRC for the 2018 campaign.

Since 2018, Crutchlow has been the only other Honda rider to have won on the difficult RC213V and get it onto the other podium places other than Marc Marquez.

Crutchlow's 2021 options are now severely limited, with only Ducati and Aprilia yet to fully firm up its rosters.

Talks between Andrea Dovizioso and Ducati have stalled again, while uncertainty surrounds the second Aprilia seat alongside Aleix Espargaro while Andrea Iannone awaits to see if his appeal to have an 18-month doping ban overturned is successful.

Morbidelli remains with Petronas SRT in MotoGP until 2022