Pramac’s Johann Zarco says the extreme heat and the physical toll this took in Sunday’s MotoGP German Grand Prix made the last laps “a nightmare”.

The satellite Ducati rider claimed a comfortable second in last Sunday’s 30-lap Sachsenring race to move into third in the championship standings after a costly crash for factory Ducati counterpart Francesco Bagnaia early on.

A daring overtake on Aprilia’s Aleix Espargaro at the Turn 11 downhill right on lap two proved “an important moment” for Zarco’s podium hopes, and he felt that his hard tyre strategy would allow him to eventually overhaul medium-shod Fabio Quartararo in the lead.

But Zarco was cast almost five seconds adrift of Quartararo by the chequered flag, with the former admitting to suffering a lot in the final laps as the punishing 35 degree heat took its toll.

“Starting in third place was an advantage and I was focused on having a good start,” a drained Zarco explained after the race.

“I knew it was necessary to have a good start to have a strong position.

“We knew Fabio and Pecco could have a better pace, and from the first lap I could see they were a bit faster and I was behind Aleix.

“I didn’t want to lose that opportunity, so I overtook Aleix and this was an important moment in this race for this podium.

“And after the crash of Pecco, I was second behind Fabio, one second behind him, and I really did the best as possible to follow him and catch up because I knew he had the medium rear, I had the hard rear.

“So maybe I could have an advantage. But after half race, the edge grip was already hard to handle for me and Fabio was so constant.

“So, I was losing time to him but trying to follow him I got so big an advantage to third place.

“And the last laps were like a nightmare, because it was pretty hard to control the bike, physically and the heat was demanding so much. But I could handle well.” 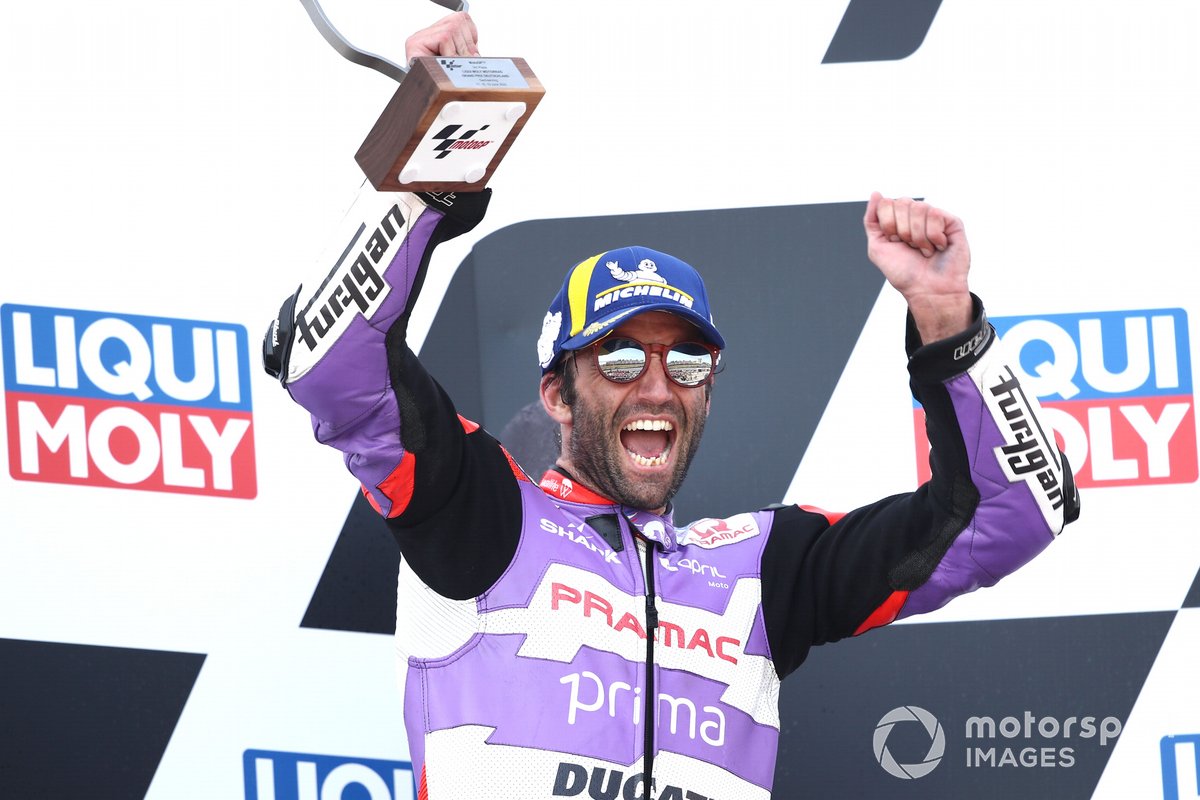 Zarco went on to explain that he is still having to “fight” the Ducati in races, which made the German GP more physical for him.

“At the moment, all the races are quite difficult because I can be fast on the Ducati and not super relaxed and enjoying every moment,” he added.

“I have to be fighting on the bike. I’m fast enough but if I can get it easier it will be much better for all the races.

“There’s a moment where you lose strength and that made the situation hard.”