Gresini MotoGP team boss Fausto Gresini is no longer in a medically induced coma due to COVID-19, but remains sedated and on mechanical ventilation

The veteran MotoGP team boss and 125cc world champion tested positive for the virus just before the Christmas break, before being admitted to hospital in Imola on 27 December.

As his condition worsened, Gresini was transferred to a specialist COVID-19 care unit at a hospital in Bologna where he has remained since.

Gresini was put into a medically induced coma in late December, but was awoken from this last week as his condition showed slight signs of improvement.

In a further update from the team, Gresini is still suffering from "severe respiratory insufficiency".

"Tests performed revealed that interstitial pneumonia is still present and requires mechanical ventilation and moderate sedation to be maintained.

"This allows to keep the amount of oxygen in the blood sufficient."

The Gresini team will continue to offer updates in due course. 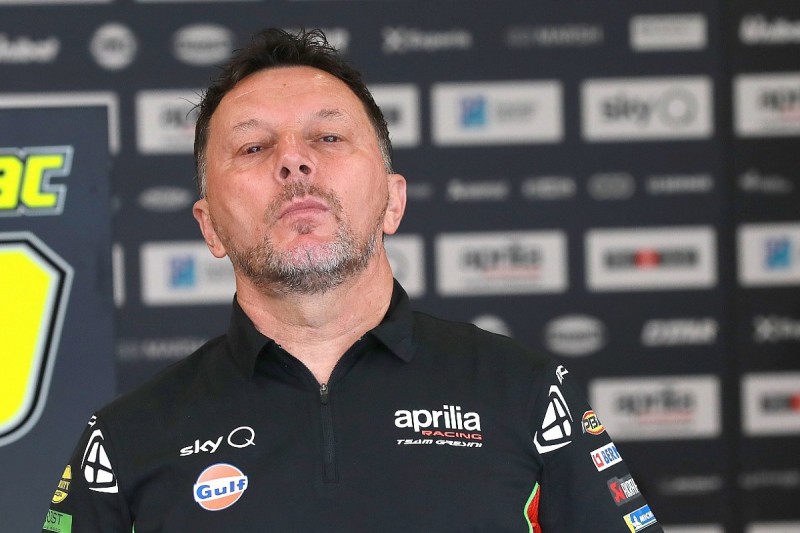 The COVID-19 pandemic wrecked MotoGP's original 2020 plans, with the series forced to abandon its 20-race calendar for a 14-round campaign focussed in Europe.

Strict paddock protocols were put in place to quell the spread of COVID-19, but several high-profile positive cases emerged from outside of the paddock.

Most notably, nine-time grand prix world champion Valentino Rossi was forced to miss the Aragon double-header when he caught the virus at home in Italy.

Moto2 racer and 2021 Pramac Ducati rider Jorge Martin had to sit out the Misano races when he became the first rider in the paddock to test positive for the virus.

Moto3 title protagonist Tony Arbolino was forced to miss the Aragon GP having been identified as a close contact of someone who tested positive for the virus on the same plane he was on when returning home to Italy.

Tech3 MotoGP rider Iker Lecuona had to miss the Valencia races when his brother tested positive for the virus, only for the Spanish rider to test positive ahead of his planned comeback in Portugal.