The double 125cc world champion and veteran team boss was taken ill with COVID-19 just prior to the Christmas break, before being admitted to hospital in Imola.

He was transferred to a specialist COVID care unit soon after in Bologna, where he has been for the past two weeks.

Put into a medically induced coma, Gresini was awoken last week but has remained on mechanical ventilation since and was initially under sedation.

The Gresini team's last update said he was conscious and stable, although his condition remained critical.

In its latest update issued on Monday evening, the team reports Gresini is "now fully conscious and aware" and has begun physiotherapy.

The statement read: "Minor but both consistent and comforting news on the state of health of Fausto Gresini, who has been hospitalised for over two weeks at the Maggiore Carlo Alberto Pizzardi hospital in Bologna.

"The team principal of Gresini Racing, now fully conscious and aware, was able to take part to his daughter's birthday via video call yesterday, while today he received a visit from his wife for the first time since 27 December." 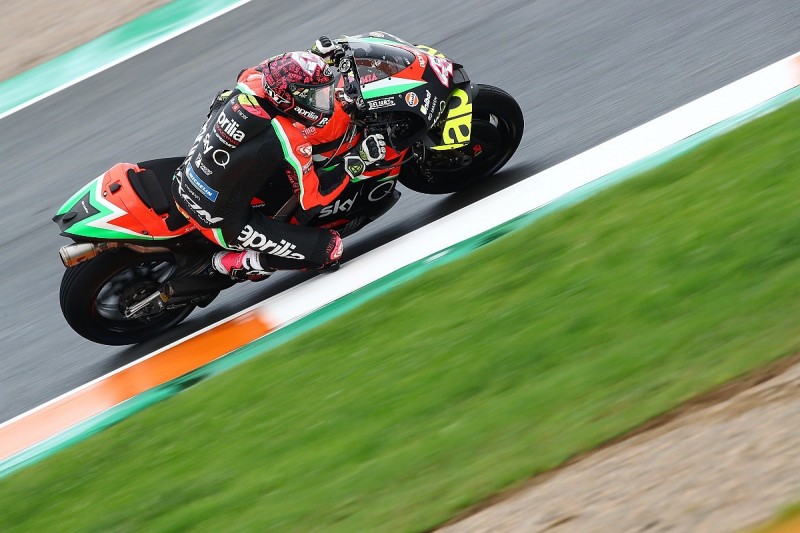 "He is awake and very cooperative; he is still aided by the breathing machine but has begun with physiotherapy already.

"Today's visit by his wife Nadia, whom he welcomed with great emotion, has surely strengthened his already well-known great determination."

Gresini is the latest high-profile figure from the MotoGP paddock to have been infected by COVID-19 - though has been affected the hardest by it.

Nine-time grand prix world champion Valentino Rossi had to sit out the Aragon double-header when he caught the virus at his home in Italy after the French Grand Prix.

In November, Tech3 rider Iker Lecuona had to miss the Valencia races when his brother tested positive for the virus, only for the Spanish rider to test positive himself and miss the finale in Portugal.