MotoGP has revealed full details on the revised format for grands prix weekends in 2023 to accommodate the new sprint races.

As part of a push to boost interest in the flagging series, MotoGP will introduce half-distance sprint races on the Saturday of every grand prix weekend from 2023.

The sprint contest will be for half points and will not have any bearing on the grid order for the main grand prix, as is the case in Formula 1 and World Superbikes for their respective sprint races.

The introduction of sprint races will bring about a revised weekend format, with the aim of keeping track time the exact same as it is now.

Upon the sprint race format’s initial reveal, it was confirmed that Friday will continue to feature two practice sessions – though they would be of a slightly longer length compared to the current 45-minute outings we have now.

The qualifying group order would be determined by the combined times at the end of Friday’s running, with a half-hour FP3 taking place on Saturday ahead of qualifying.

Sprint races will take place at 3pm on the Saturday, with the main grand prix remaining at 2pm on Sunday. It was also expected that the MotoGP warm-up session on Sunday would be axed.

In a press conference on Saturday at the Aragon Grand Prix, Dorna Sports’ chief sporting officer Carlos Ezpeleta revealed full details of the make-up of race weekends for 2023. 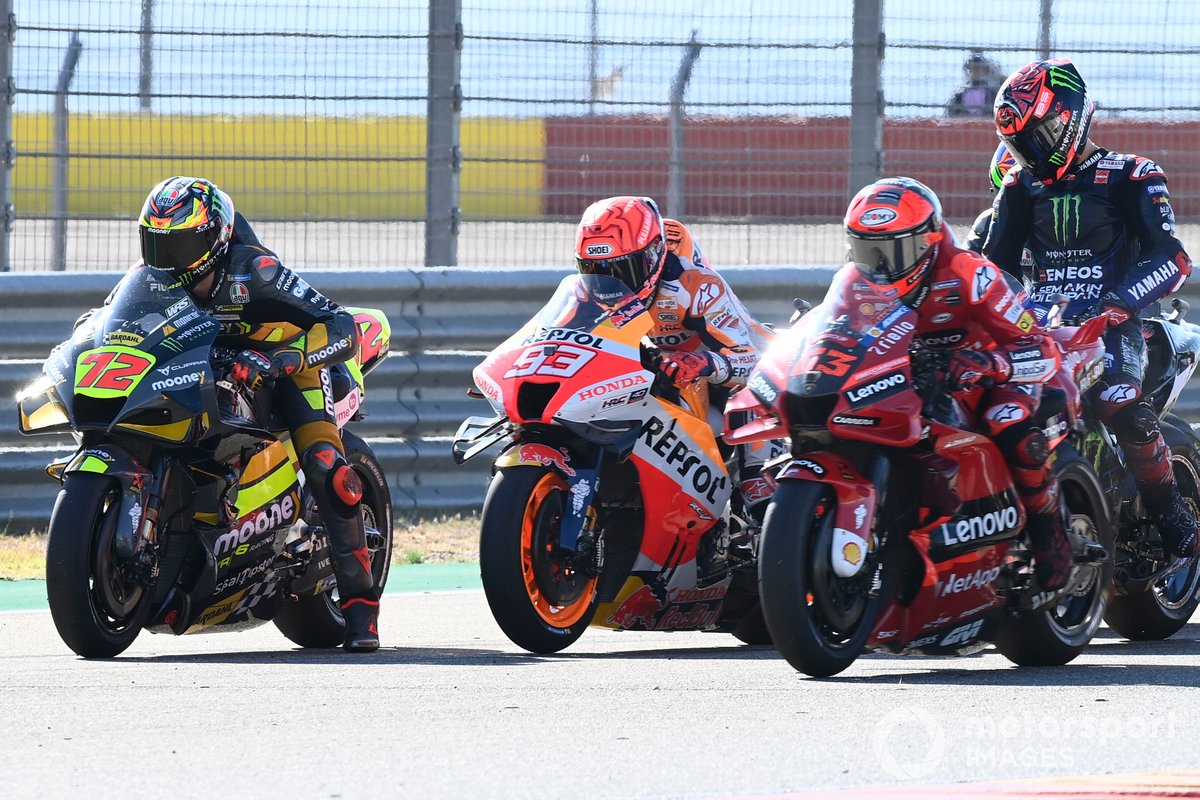 Third practice will be known as Free Practice 3 as before and will start at 10:10am, lasting for 30 minutes. Qualifying, which will remain unchanged, takes place directly after at 10:50am.

MotoGP warm-up will remain for MotoGP only, which will last 10 minutes at 9:40am before a rider fan show takes place at 10am.

Sprint race wins will not be counted as grand prix victories in the history books.

In terms of fuel, sprint races will be limited to an allowed usage of 12 litres of fuel. All other sporting and technical regulations that apply to the grand prix will remain the same for the sprint.

In the sprint race, track limits infringements will be reduced from five to three before a penalty is awarded. Penalties copped in sprint races will be applied in the main grand prix, unless a rider is already carrying a penalty into the main race.