Franco Morbidelli ruled out of Assen MotoGP race by crash

Morbidelli was taken to the medical centre following a high-speed off during Saturday morning's third practice session at the fast Ruskenhoek left-hander.

He was diagnosed with a "small fracture" in his third metacarpal in his left hand, meaning the Moto2 champion will be unable to take part in Sunday's race. 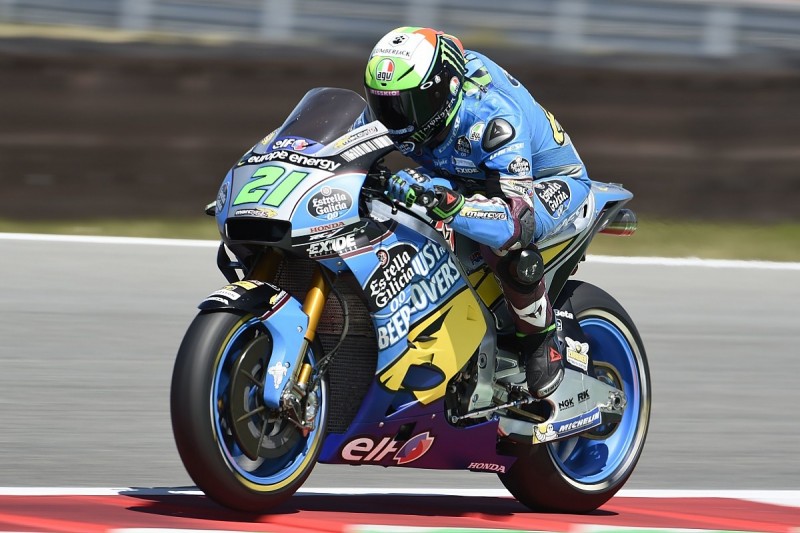 Valentino Rossi protege Morbidelli is expected to ride for the new Petronas-backed Yamaha satellite team that is set to join the MotoGP grid next season, most likely as team-mate to Honda outcast Dani Pedrosa.

He currently lies 16th in the points standings as the top rookie, with a best finish so far of ninth at Jerez.