Honda took the covers off its new design on Tuesday at a launch event in Jakarta, where works riders Marc Marquez and Dani Pedrosa were on hand along with new team boss Alberto Puig.

It comes just after a dominant display by the Honda contingent in the most recent pre-season test in Thailand, which was topped on the final day by Pedrosa.

LCR rider Cal Crutchlow and Marquez were quickest on the first and second days at Buriram respectively. 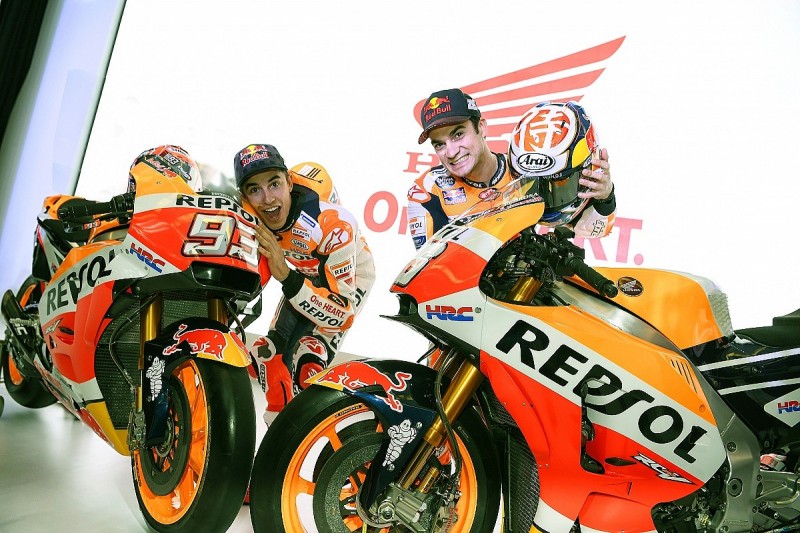 Marquez goes into the 2018 season aiming for a fifth premier class title after beating Andrea Dovizioso to seal his fourth crown at the final round of the season last year.

Pedrosa will be looking to build on a solid 2017 campaign that yielded a pair of race wins and fourth in the standings as he seeks to extend his 11-year tenure at the works Honda team.

Marquez has repeatedly insisted he has no intention to leave Honda despite speculation linking him to rival factories, notably KTM.

Both riders will get further mileage on the 2018 Honda at the final test of the pre-season in Qatar on March 1-3 ahead of the season-opener at the same venue on March 18.