Double Formula 1 world champion Fernando Alonso says he is “very proud” of the “unbelievable” rise of Aprilia in MotoGP over the last two seasons.

Aprilia has enjoyed a breakthrough season in MotoGP in 2022 in which it earned its first victory in the modern era - which began back in 2002 – with Aleix Espargaro at the Argentine GP.

Espargaro currently sits second in the MotoGP standings 32 points adrift of reigning world champion Fabio Quartararo after the first 13 rounds, while both Aprilia riders have made it to the rostrum in 2022.

Aprilia had largely occupied the bottom half of the grid since its return to MotoGP in 2015, but made serious strides since 2021 with its RS-GP as it utilised results-based concession rules.

Another key change to Aprilia that has helped vault it up the grid was the arrival of Massimo Rivola as CEO back in 2019.

Rivola, who Alonso said is “like a brother”, was sporting director at the Ferrari Formula 1 squad prior to his MotoGP switch, and served stints at Toro Rosso and Minardi – where Alonso and Rivola’s paths first crossed.

“Massimo for me is like a brother, we’ve known each other for a very long time,” Alonso said when asked about Aprilia, who he was guest of, during last weekend’s Austrian MotoGP race.

“And it’s unbelievable what Aprilia has done in the last year and a half, and we are all very proud of Massimo and proud of Aprilia.” 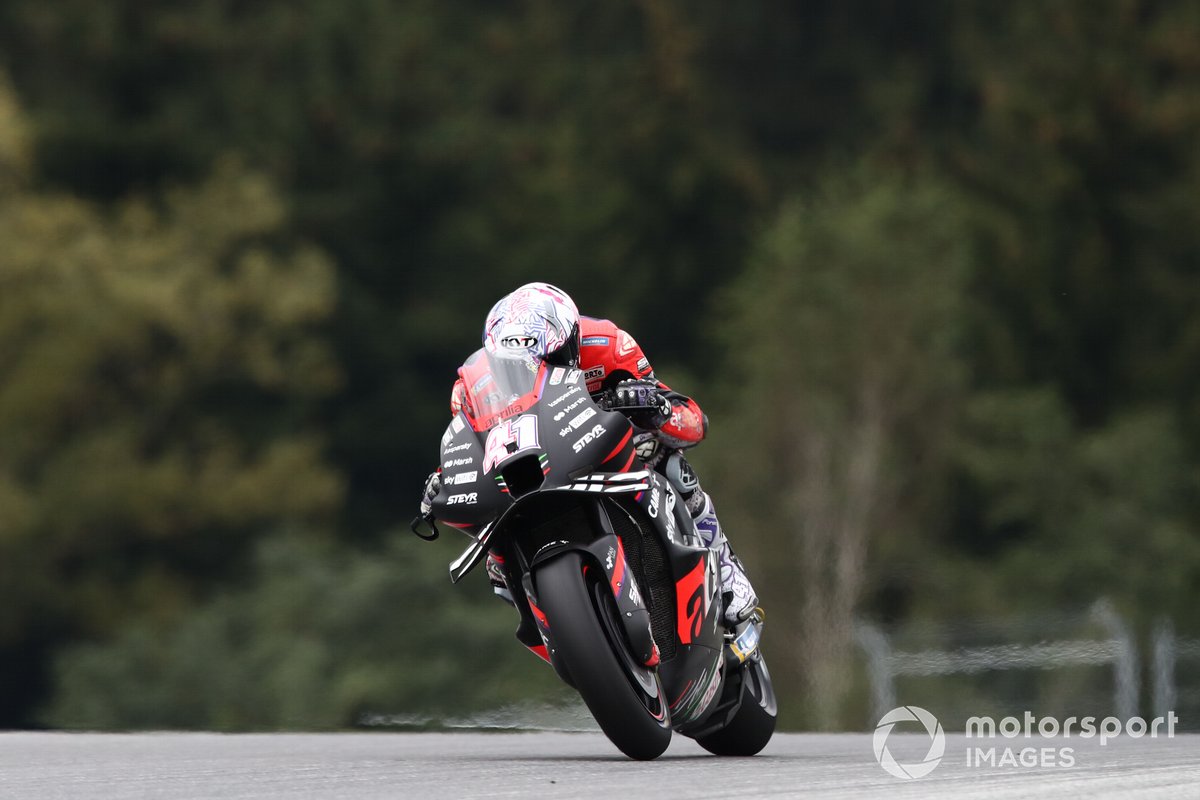 During the Austria weekend, MotoGP announced it will have sprint races in 2023 at every grand prix.

MotoGP has been inspired by the sprint qualifying race format F1 has had at select events since 2021, with Alonso expressing support for the idea – while noting that “everything MotoGP does is always an inspiration for other series”.

“I think it’s a great idea, I think it will bring some action already to Saturday,” he said of MotoGP’s sprint race plans.

“So, we will all be in front of the TV already on Saturday not just Sunday.

“And it doesn’t mix the results on Sunday maybe in terms of the grid positions, so I think the riders will be able to risk a little bit more knowing they will not compromise their position for Sunday.

“So, I think it’s a great idea and everything Carmelo [Ezpeleta, Dorna Sports CEO] and MotoGP does is always an inspiration for the other categories, and I think this going to be another one.”