Runner-up in WSBK in 2013 with Aprilia, Laverty made the move to MotoGP in '15, riding a Honda with the Aspar team in the now-scrapped Open class.

The team switched to Ducatis - albeit the outdated GP14.2 model - this year, and having finished 22nd in the points in 2015, Laverty is currently 11th.

The 30-year-old has scored points in every grand prix this year other than at Austria, where he was taken out by Danilo Petrucci at the final corner, including fourth in Argentina and sixth last weekend at Brno.

"I've had a lot of success there, it was a great period," Laverty said of World Superbikes.

"During my two years in MotoGP I have learned a lot; there's been some difficult times, of course, but I have improved a lot as a rider and I'm looking forward to this next stage in my career.

"I'm very motivated because for the last two years it has been a different kind of fight; I've been in the middle of the field, trying to improve.

"So, to go back with a factory Aprilia and the chance to win races and fight for a world title is a different mindset and one I am really prepared for." 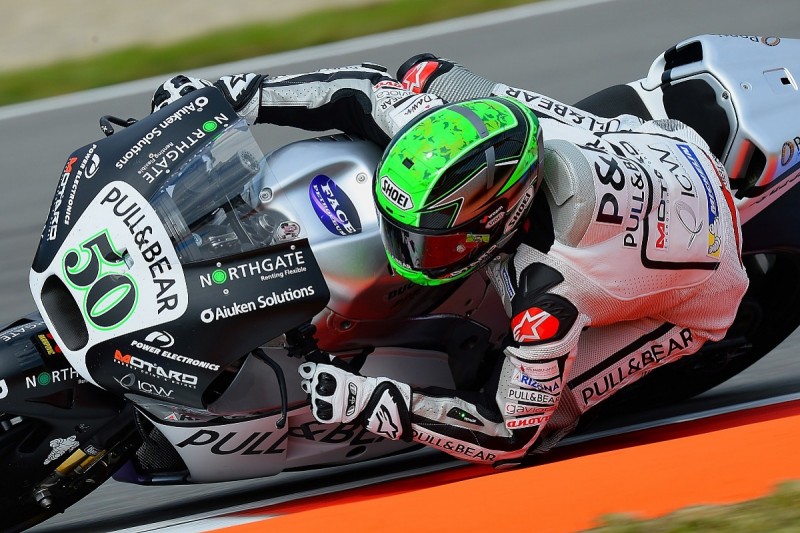 Aspar has signed Aprilia MotoGP refugee Alvaro Bautista for 2017, and the Spaniard will race one of this year's Ducatis while his team-mate will have to settle for a GP15.

Not keen on racing older machinery than his team-mate, Laverty elected to return to Superbikes with Aprilia.

"Next year is going to be very exciting," he said.

"There are a lot of strong riders now and there will be even more next year, with Stefan Bradl coming across [from MotoGP] and me moving back. It is going to be very competitive.

"For sure, Jonathan Rea is world champion and is leading the title chase again now, so he is going to be difficult to beat, but a lot of guys are motivated to chase him down.

"I'm returning with one objective: to be world champion."

Laverty's decision means his current team-mate Yonny Hernandez is set to stay at Aspar and retain what is the final seat on the grid.