Aleix Espargaro says his historic British Grand Prix podium proves Maverick Vinales’ decision to quit Yamaha for Aprilia in MotoGP is not him taking “10 steps back”.

Espargaro ran in the podium places from the start in Sunday’s 20-lap Silverstone race and fended off Ducati’s Jack Miller on the final lap to secure his first MotoGP podium since 2014 in third.

It also significantly marked Aprilia’s first podium of the modern MotoGP era and it’s first since the 500cc premier class era at Phillip Island in 2000.

All of this comes just two weeks after Aprilia confirmed it had signed Maverick Vinales for 2022 following his suspension and ultimate ousting from Yamaha following the Austria double-header.

Many had questioned Vinales’ decision to initially quit Yamaha at the end of 2021 in favour of the RS-GP, but Espargaro says his British GP result has proven to the world and to Vinales that his Aprilia move is not “10 steps back”.

“Regarding Maverick, yes, obviously if somebody told you at the beginning of the season that you will finish with Yamaha and you will go to Aprilia, you will say it’s 10 steps back,” Espargaro said.

“But obviously the way he finished with Yamaha is not nice, but it’s not that bad because the Aprilia is a competitive bike.

“We’re still not at the level of the Yamaha, that’s for sure, but we are on the way and I think he will enjoy riding the Aprilia.

“Yeah, he will have to adapt because it’s a completely different story to Yamaha, but as I showed today the bike is on the way.” 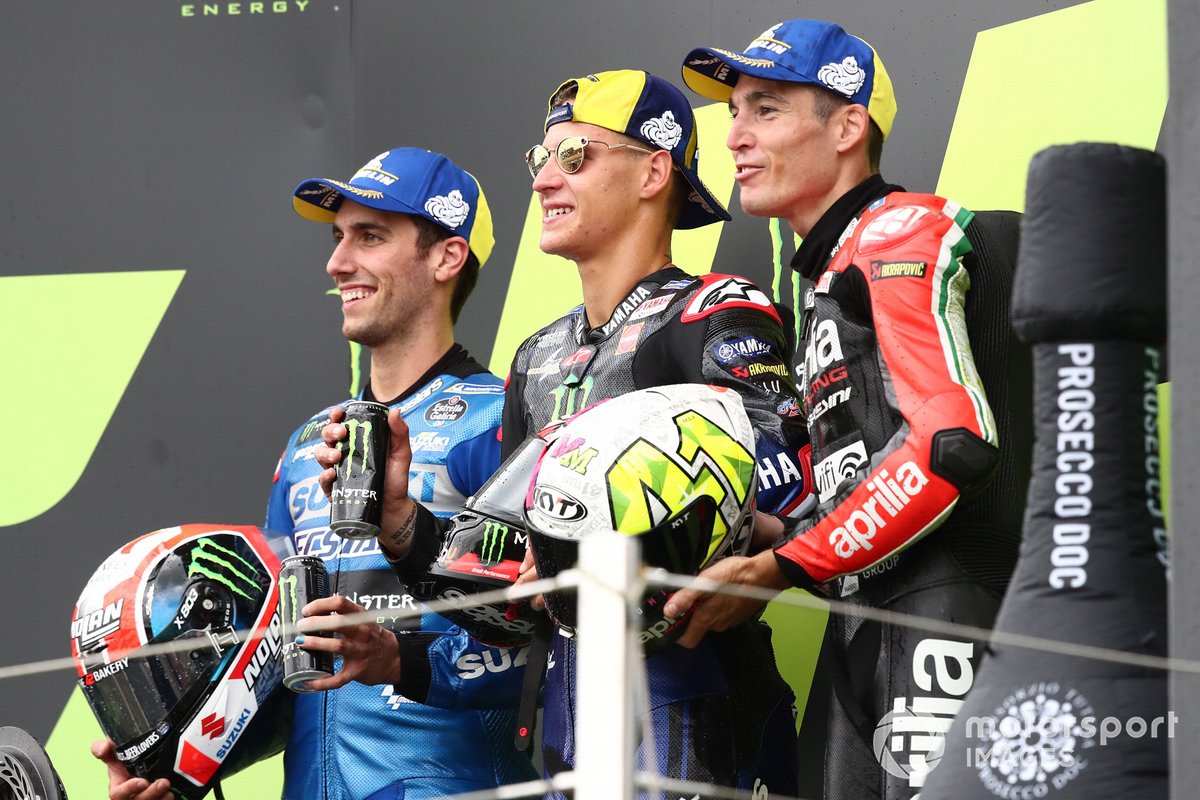 Commenting on his final lap battle with Miller to hold onto the podium, Espargaro admits he made a mistake in his approach as he was too focused on trying to catch Suzuki’s Alex Rins in second.

“In the last lap I made a big mistake because I was focused just with Alex to try to attack him for second place and I didn’t really care about who was coming,” Espargaro added.

“And this was a huge mistake because I opened the door at the last chicane [into Village].

“But I think today I rode quite smooth, quite clever, saving rear tyre so I had more traction than Jack.

“And then I was able to get back my third position, but today the podium was mine, so I was fully convinced.”