Espargaro enjoyed a strong August on the RC16, showing pace for victory at Brno before a collision with Johann Zarco, and scored a pole position at the Styrian Grand Prix before going on to fight for victory.

Ultimately missing the win in the Styrian race after a final-corner pass from Tech3 KTM's Miguel Oliveira, Espargaro admits he left Austria 'really frustrated' as he was unsure he would be able to replicate that form in the remaining rounds.

However, despite some inconsistent form, Espargaro managed third places at the second Misano round, the wet Le Mans race, and last Sunday in the European GP where he also started from pole.

The Spaniard says those results made him realise it was possible to be a regular podium contender if KTM "works well" every weekend and if both parties can "trust ourselves" more.

"After the two Austrian races especially, it's been very tough," he said. "We had a big chance to win in Czech Republic, but especially Austria, which is home for KTM and we couldn't make it.

"We couldn't make it happen even if I was strong on the race pace, I knew I could do it. It did not happen, and this was really frustrating me, and at that time of the year it was not great for me.

"I thought after Austria we could not repeat what was done in Austria, it would not happen again. 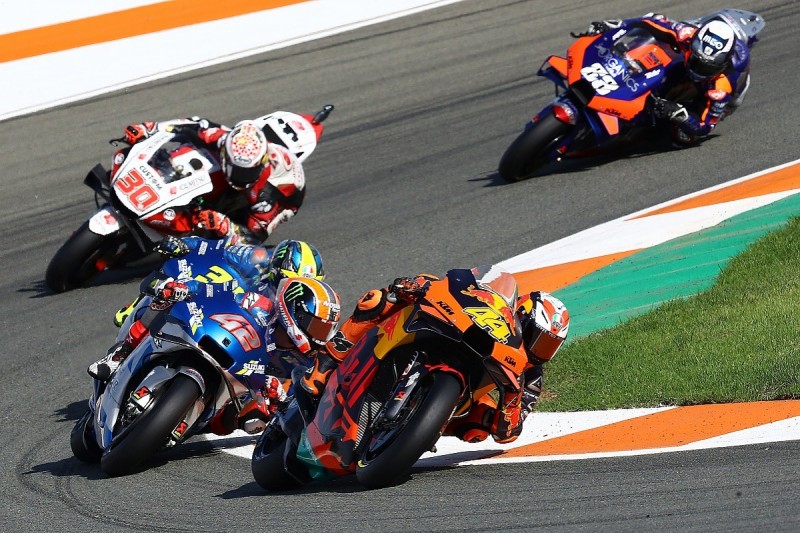 "But Misano came and Aragon, the second race, and here and I realise I can do it every weekend if we work well and if we put on the table what we need to put.

"Finally, four podiums in the season shows our performance is good, we are fast, we are strong, also the pole positions.

"Why can't we repeat it next weekend? We need to trust ourselves a bit more."

Espargaro admits he has "missed a lot of points" this season, but says he'd have accepted his haul of four podiums and two pole positions that he has currently tallied up if it was offered to him before the start of the campaign.

"For sure we have missed some points during the season; in Czech Republic, it was not our fault, but I lost a lot of points there," he added.

"And then the red flag in Austria, the second Austria [race] at the last corner. We have missed a lot of points in a couple of places - also the others have, I'm not the only one.

"But if not for those moments, maybe we'd be a lot better in the championship.

"But if someone came before the season and told me 'you're going to do four podiums and two pole positions' I'd take it, whatever the other results. So, I'm super happy."

Where it all went wrong for 2020's MotoGP title favourite