Aprilia MotoGP rider Aleix Espargaro says he “needs an explanation” to his “nightmare” Grand Prix of the Americas weekend, after he crashed five times across the event.

Espargaro and the Aprilia struggled more than most across the Circuit of the Americas’ vicious bumps, with the Spaniard left stranded in 19th on the grid after a crash in qualifying.

The Aprilia rider’s woes continued into Sunday’s race and he only made it to lap nine of 20 before crashing out at Turn 13.

That was his fifth crash in three days in America, which left Espargaro fuming and in search of answers as he feels the Aprilia shouldn’t have been more affected by the bumps than the rest of the field.

“I’m very frustrated, it has been a nightmare sincerely,” Espargaro said after the fourth DNF of an otherwise strong 2021 campaign.

“Actually, my frustration is very high because I don’t have a clear response to your question.

“Obviously the bumps didn’t help, my bike was very, very difficult to ride, but the bumps were there for everybody.

“So, you can go more or less fast in a circuit or another.

“I finished P1 in Misano at the test, so maybe we can go to another track where we can fight for eighth place.

“But more or less the level is always similar. But in this track I didn't find the way. 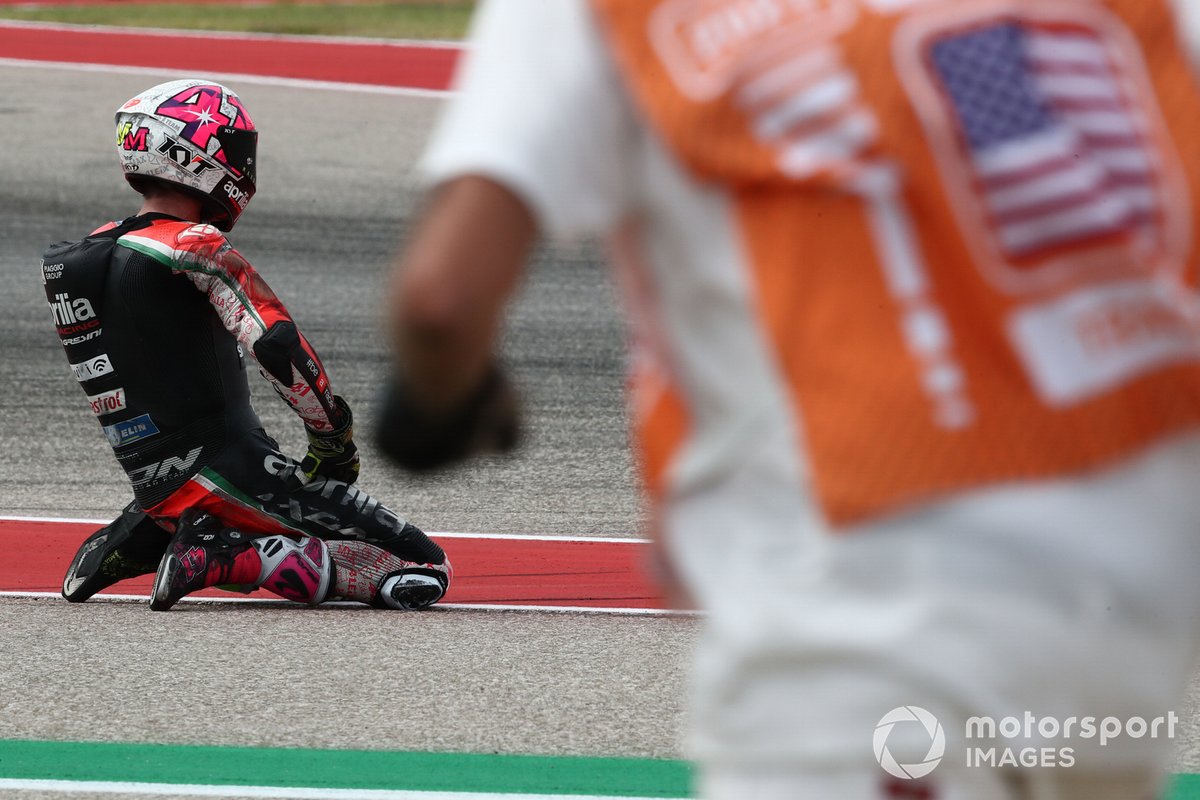 “I was not pushing so much in the race because the goal was to finish the race, achieve a couple of points and go home.

“But my pace was not fast, I was losing one second from the leading guys, or even more, but I crashed again.

“I have no explanation, I am very sorry for my team because five crashes are a lot.

“And having just one Aprilia in America and crash five times and go home with no points is not good.

Espargaro was the only Aprilia on track in America last weekend after team-mate Maverick Vinales withdrew from the event following the tragic death of his 15-year-old cousin Dean Berta Vinales in a World Supersport 300 crash at Jerez the week before.