Pol Espargaro says Honda has made an "amazing" step between MotoGP's last visit to Portugal in April and this weekend's Algarve Grand Prix, noting how the bike is safer.

Honda has endured a tough 2021 campaign despite the fact it has won three races courtesy of Marc Marquez – who is absent from this weekend's Algarve GP due to a concussion – and scored its first 1-2 since 2017 last time out at Misano.

In general, the 2021 Honda has suffered with a lack of rear grip, which has caused problems on acceleration, braking and turning.

Having qualified 14th and crashed out of the Portuguese GP in April, Espargaro was much stronger on MotoGP's return to the Portimao track on Friday for the Algarve GP, ending the day fifth overall and 0.402 seconds off the pace.

He explained that despite the track's grip levels not being great on Friday, the bike had improved a lot since April, most notably in terms of "safety".

"Well, actually the conditions on the track were not amazingly good," Espargaro explained.

"The grip is not super nice and I am struggling quite a lot with it, and we are just trying to set up the bike in a good way to try to be more competitive.

"But we have made an amazing step from the first time we have been here, especially about safety because I crashed here quite badly [in April], also Alex [Marquez] crashed here.

"We were not performing very good and looks like at the moment, even if I'm not super happy with the feelings, because I feel like we are not taking 100% the performance of the tyres.

"Some guys are using the hard rear and for us I think it's something very tricky, close to impossible. We are not generating enough heat. 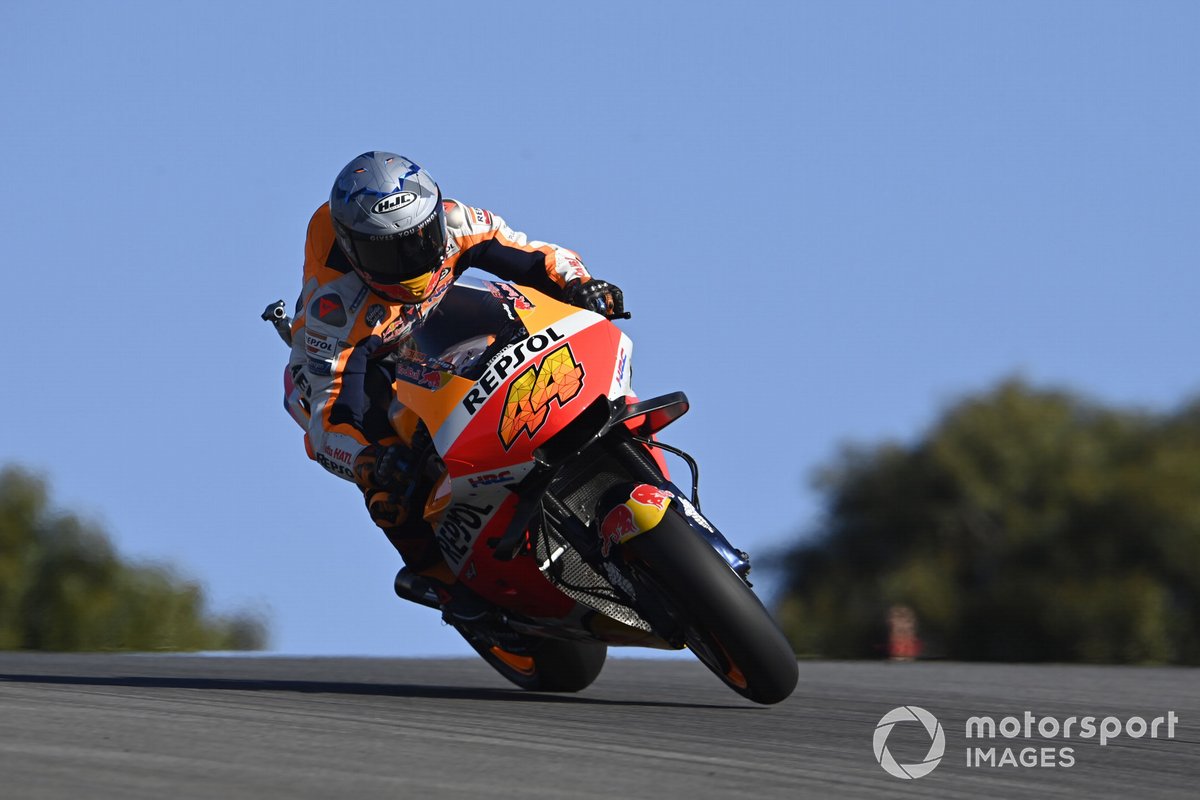 "That's why we struggle with the medium and the hard, even the soft. Even like that, the lap time was decent, the position was not too bad.

"But thinking about tomorrow, we need to improve and we have to qualify directly [into Q2], it's not going to be easy."

Espargaro notes Honda's 1-2 at Misano has given the team "an incredible boost" heading into this weekend, while noting that the rear floating issue which plagued the start of his year was "minimal" on Friday.

"We are a little bit faster, that's for sure," he added. "The confidence is better after the result we did in Misano, that also gave us an incredible boost and a lot of trust that we can do it as well.

"We were struggling a lot with the rear floating especially on the entry to the corners at the beginning of the year, and also we were having a lot of problems generating grip on the rear tyre.

"Today, we have this problem but it's minimal, and this helps us on traction area, on turning and corner speed."

Quartararo not "obsessed” with Bagnaia fight in Algarve MotoGP