Pol Espargaro admits his first crash as a Honda MotoGP rider was “not the one I was waiting for” in Thursday’s Qatar test.

The six-time MotoGP podium finisher admitted last weekend that he was finding the Honda “stressful” as he hadn’t had a crash yet to understand the limits of the bike.

That first tumble came on the penultimate day of testing when he slid off at Turn 1 on the third lap of his first run.

Unscathed by the fall and ending the day 10th fastest having displayed yet another encouraging long run on the RC213V - with Espargaro feeling he is understanding the bike more every day - he admits his crash was “strange”.

When asked about his spill, he said: “It was a strange crash.

“I want to say it was not like, let’s say, a Honda problem because at the start of the session we were playing with different tyres than I was used to.

“And I want to say, yesterday we had a lot of head wind and today it was not there. 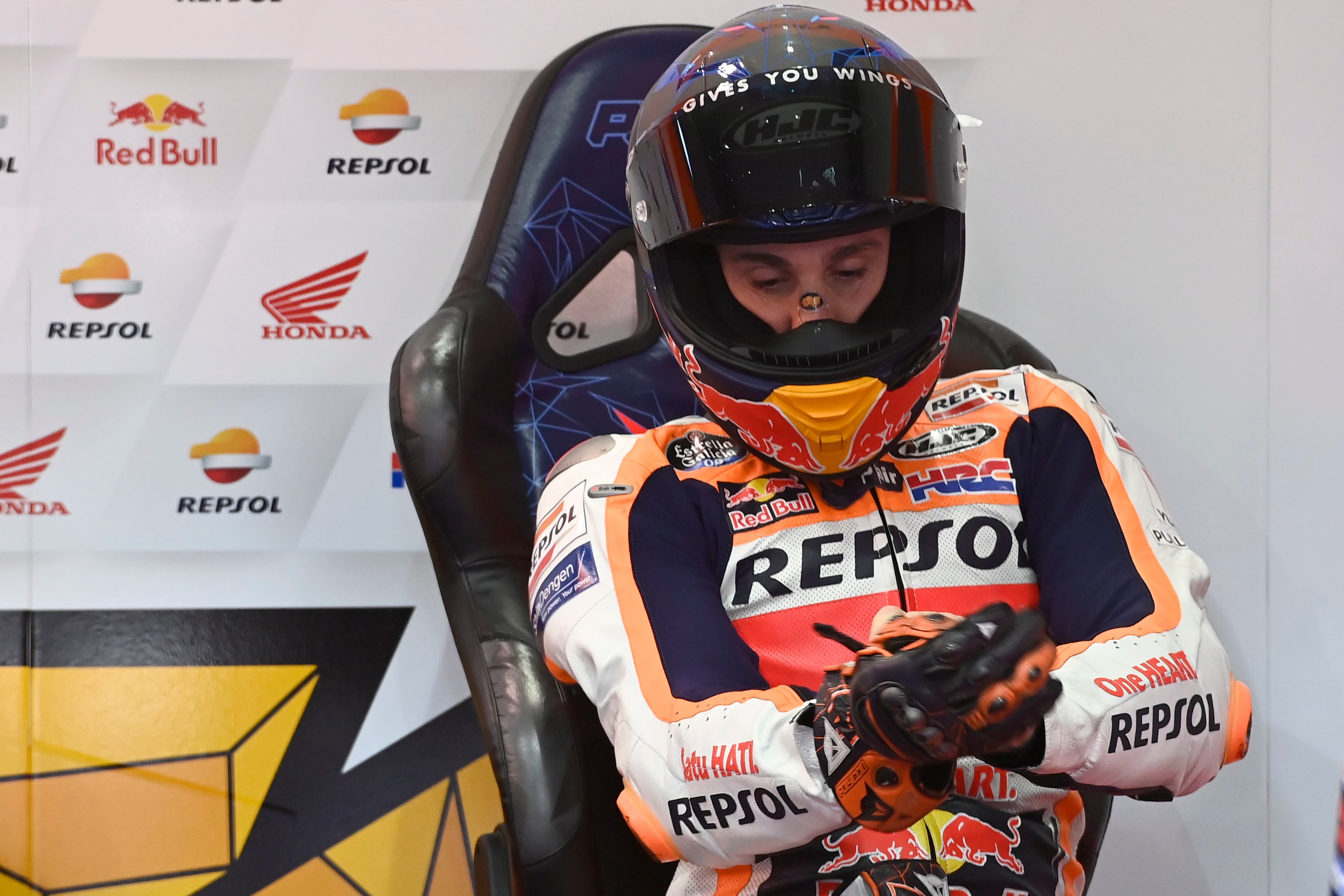 “So, the last part of the brake the wind was coming less and it [the bike] was stopping less and I was forcing more, and also I was using a tyre that was not the best one I think for those conditions.

“Then I changed to use one from yesterday, a different compound, and it’s when I did the better lap time.

“So, I would not worry about it because it was not the crash I was waiting for.”

When asked by Autosport what sort of crash he was expecting as his first, he added: “I was expecting on a time attack to have a crash by forcing a little bit too much the front or the rear or whatever, and it didn’t come like that.

“It came in just the third lap in the first run.

“So, I was like ‘come on!’. I was expecting… I’m pushing so much on the limit and the lap time is not too bad, I was expecting something coming like in a time attack.

“But not in the first run of today with different tyres when in theory I should have been more relaxed. It was a weird crash.”

Honda has had a somewhat destructive test, with all four of its riders registering 10 crashes between them – LCR’s Alex Marquez accounting for five of those, the latest of which on Thursday leaving him with a fractured foot that could rule him out of the final day.