Espargaro was battling Ducati's Danilo Petrucci and on course for a likely top-10 finish when he was forced to peel into the pits two-thirds of the way through the 26-lap Buriram event.

The Aprilia rider says his premature finish to the Thailand race was caused by an electrical issue, and hit out at the RS-GP's constant failures, adding that they cannot be allowed to happen again because Aprilia is a "big brand".

"It was an electronic failure," he explained.

"The gearbox was not working, the engine brake was completely locked and I had no control of the throttle.

"It was almost impossible to arrive to the pit box.

"We have to keep working in a better way, try to understand what happened during the race.

"We've had a couple of problems this year already, technically.

"I hope we can finish the season in a better way, and for me next season is crucial, so I can't wait to work with the new bike and see if it's better."

Espargaro, who has openly spoken of his frustration at the way Aprilia's 2019 season has unfolded, cut a dejected and disconsolate figure in the pitlane after retiring. 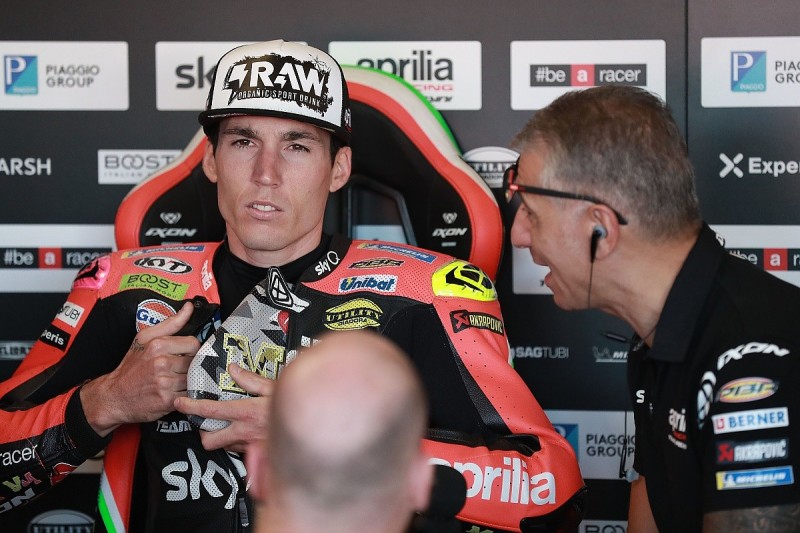 "It sounds not good when somebody says he is doing a very good job about himself, but I feel like this," he said.

"I feel that I am riding very good and I am stressing the RS-GP at the maximum level possible.

"My team-mate [Andrea Iannone, who finished 15th] is a very fast guy and you can see that difference between me and him in just 18 laps.

"I'm very proud how I am riding, how I am managing the race, but it is not depending on me, if the bike stops [there's] nothing I can do. I was very frustrated."

The Buriram DNF marked at least the eighth time that Espargaro has retired from a race due to a technical issue since having joined Aprilia in 2017.

When it was put to him by Autosport that he was encountering mechanical failures considerably more often than his peers on the MotoGP grid, Espargaro said: "I was thinking exactly the same - especially in the race.

"Sometimes you can use an old engine on Friday and [a failure] can happen, but on the race you cannot see that. I am very unlucky."

'Sometimes my best is disappointing' - Lorenzo on 2019 nightmare

Why Rossi thinks Yamaha would be "crazy" not to sign Quartararo