Ducati’s Jack Miller says he “worked my arse off” to secure his first dry-weather victory in MotoGP after winning Sunday’s Spanish Grand Prix.

Miller got the holeshot from third on the grid at the start to lead for the first three laps before Yamaha’s Fabio Quartararo came through at the end of the fourth tour.

Although Quartararo was able to build up a gap of over a second soon after taking the lead, Miller’s pace was similar to the Yamaha rider’s.

When Quartararo encountered a suspected arm pump issue around lap 14, Miller was able to ease ahead and keep a 1.2-second buffer between himself and Ducati team-mate Francesco Bagnaia on the last lap.

This is Miller’s first win since the Dutch TT back in 2016, with the Australian admitting he had to work much harder for this one than his “shock” Assen success in the wet.

“I don’t know if I’m back, let’s say I’m here finally,” Miller said on Sunday after the race.

“Last time I won it was a big old shock in the wet. This one I’ve definitely worked my arse off to get this.

“I’ve never rode that precise, that good in my whole entire life. I don’t think I’ve done 25 laps in a row like that in my life. 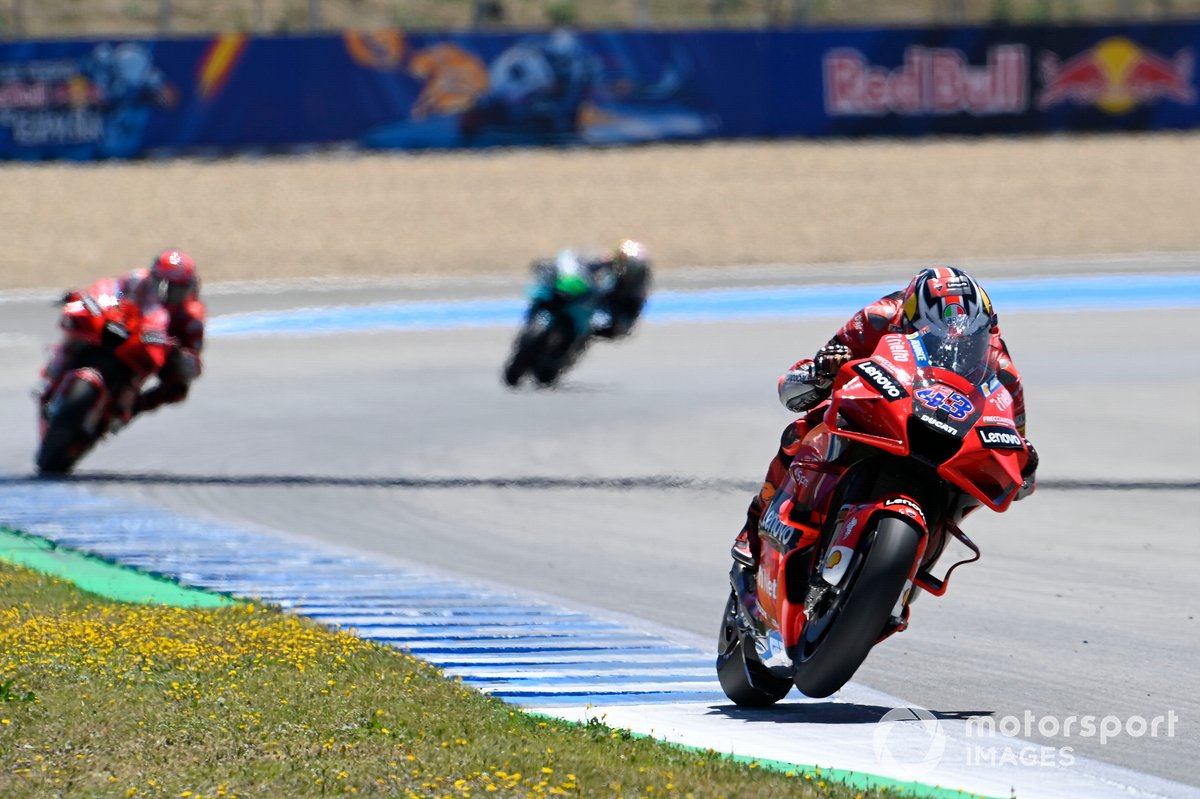 Miller says he went through a “rollercoaster” of emotions after the race and thanked Ducati management for “believing in me” following criticism for a tough start to 2021.

“It’s out of this world, honestly,” he said of his win.

“Ever since that chequered flag… ever since Turn 12 I’ve been on this bloody rollercoaster and it just keeps going.

“I’m crying and I’m sobbing like a baby, next minute I’m so angry.

“I don’t know, it’s too hard to put into words what I feel today.

“It’s just been a phenomenal weekend, I’ve been able to get stronger and stronger each weekend and I credit that to just putting my head down in FP1, FP4, just doing laps on my own and as we’ve seen when I saw Fabio starting to drop off I thought ‘I have to go for it’.

“I looked and I seen how many laps were left and I thought ‘that’s a long time out front by yourself, you sure you got this?’.

“I was having this conversation in me helmet. I can’t thank everybody at Ducati for having my back, from Gigi [Dall’Igna], to Davide [Tardozzi], to Paolo [Campinotti], to Claudio [Domenicalli].

“Claudio’s been in my corner this whole time, believing in me.

“I can’t thank them enough, I can’t thank my mum and dad enough, everybody. It’s just a flood of emotions right now.”