MotoGP returns to Misano a month after its last visit following the cancellation of the Malaysian GP, which was due to take place this weekend.

The 2021 title could be decided this weekend, with Yamaha’s Quartararo leading Bagnaia by 52 points in the standings.

Much cooler conditions greeted the field for the start of FP1, with rain earlier in the morning leaving the circuit wet as the riders headed out for their first 45-minute practice of the day.

So difficult were the conditions that LCR Honda’s Alex Marquez and KTM’s Brad Binder crashed in quick succession early on at Turn 2 and Turn 8.

With just over 33 minutes left on the clock, Miller had taken over at the top of the order with a 1m43.999s.

But at the same time, the rain returned and intensified, and it wouldn’t be until the final 10 minutes when the weather eased before Miller’s time was put under genuine threat. 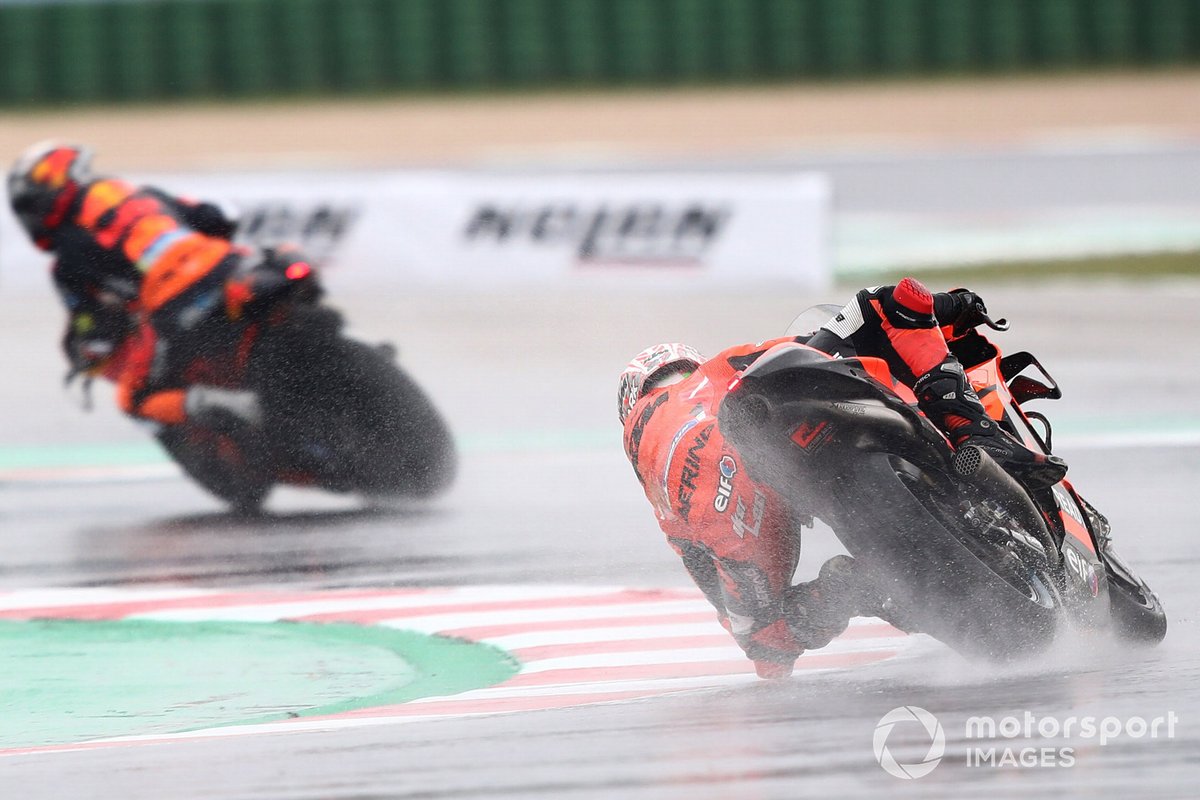 It was Zarco who finally deposed Miller’s time with a 1m43.836s at the start of a string of session-best laps which culminated in a 1m42.374s on his final tour.

This meant Zarco ended FP1 1.417 seconds clear of the field, with Honda’s Marc Marquez his nearest challenger at the chequered flag.

Miller completed the top three ahead of Pramac’s Jorge Martin and the factory Yamaha of Franco Morbidelli.

Bagnaia ended the morning sixth after losing the front of his Ducati at the Turn 8 left-hander in the closing stages, but walked away unscathed.

Oliveira was seventh on the KTM ahead of Tech3 duo Danilo Petrucci and Lecuona, with outgoing world champion Joan Mir on the Suzuki rounding out the top 10.

Valentino Rossi begins his final appearance on home soil 12th on the timesheets after FP1 ahead of Ducati wildcard Michele Pirro and Alex Marquez, following his early spill.

Maverick Vinales returned to action on Friday morning at Misano, having missed the Austin round following the death of his cousin in a World Supersport 300 accident last month.

The Aprilia rider was 17th between Suzuki’s Alex Rins and the world championship leader Quartararo, whose 3.1s gap to Zarco showed Yamaha has made little progress in improving its wet set-up.