Rumours at the end of last year suggested Ducati was looking to replace Petrucci - whose form suffered in the second half of the season - with Pramac's Jack Miller - though Autosport understands the buyout clause in Petrucci's contract would have proven too costly.

Ducati finished third in the constructors' standings last year, with Yamaha beating it by three points despite winning one race fewer.

Unveiling a largely unchanged dark red livery, the most notable feature being the return of Mission Winnow branding from main sponsor Philip Morris - which was removed from the bikes late last season. 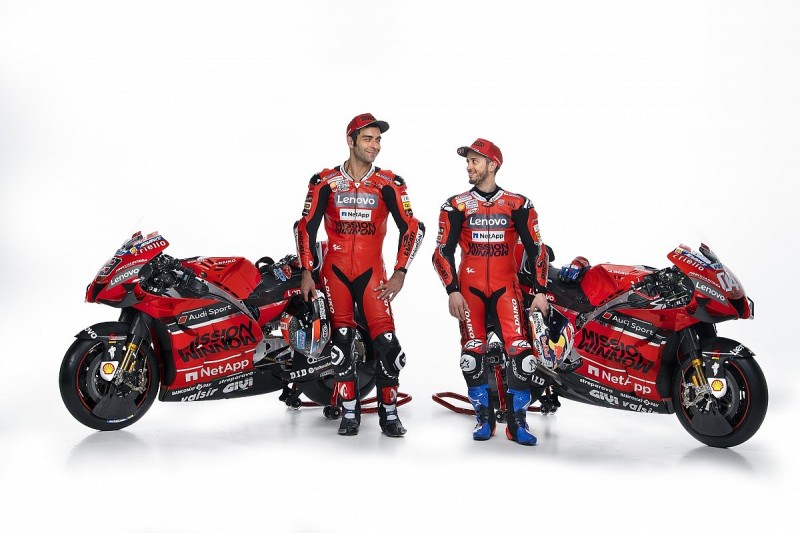 Commenting on the launch of its 2020 campaign, Ducati General Manager Gigi Dall'Igna said: "From the rider point of view, we haven't changed anything, and honestly speaking I am very happy about that.

"Last year the first part of the season [was] really good, and I think we have the possibility to improve the achievements that we did last year.

"It's not easy, like usual we have a lot of riders that can fight for the final results.

"For sure our most important competitor will be [Marc] Marquez and Honda, but in the last part of the season we watched a number or riders improve quite a lot.

"So, I expect the fighting for the 2020 championship will be really difficult, more difficult than in 2019."

Testing begins at Sepang in Malaysia on February 7-9, with one final three-day outing taking place in Qatar on February 22-24.