Polesitter Iannone headed to the grid with a soft front tyre compared to the medium selected by the other riders on the first two rows, then made a last-minute decision to switch from the hard rear tyre to be the only rider using the medium compound.

While his engineers questioned the logic amid concerns about rear tyre wear, Iannone's call paid off and he took his first premier class victory in "a beautiful moment", giving Ducati its first win since October 2010.

"It was a very strong risk," he said.

"When you know you have a very good chance to fight for the top and everybody starts with the hard one and you start with the soft one, my engineers asked me, 'why? Why do you want these tyres? Go with everybody and we have a very good possibility'.

"But I wasn't sure. Yesterday I rode with the hard one and soft one and I felt the soft one was better for the drop[-off].

"I believed in myself and it was a very strong decision."

Iannone added Michelin technicians were also sceptical about the plan when he first raised it, following a long run in Saturday afternoon's fourth practice session. 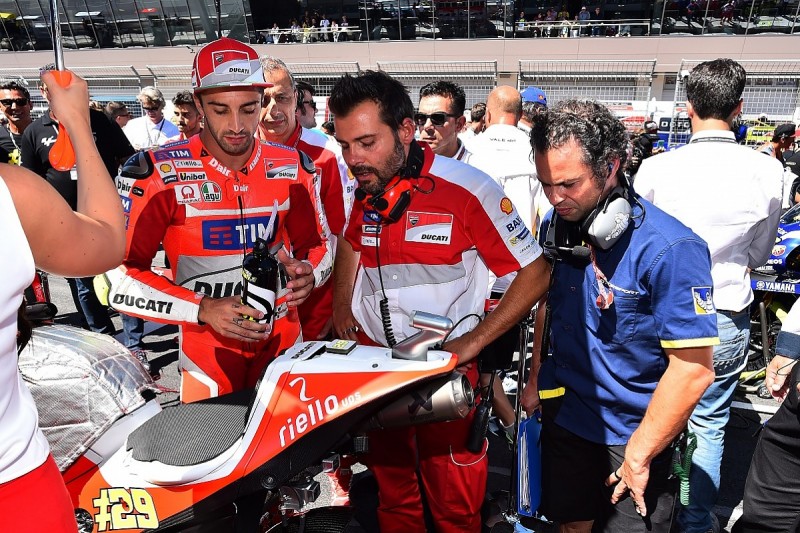 "The hard one for me had a big drop after six or seven laps," he said.

"It was very difficult to manage especially on the right side.

"When I came back in the box, I talked with my engineers and Michelin and I explained my feeling, that I thought this tyre was better for the race.

"Michelin on the first time did not agree 100%. But today I believed in me."

Dovizioso, who Ducati has chosen over Iannone to partner Jorge Lorenzo next year, was searching for his second MotoGP career victory, having won the British GP with Honda in 2009, but had to settle for second.

He led the way for 11 laps in the middle of the race, but was ultimately downbeat about missing out on the victory. 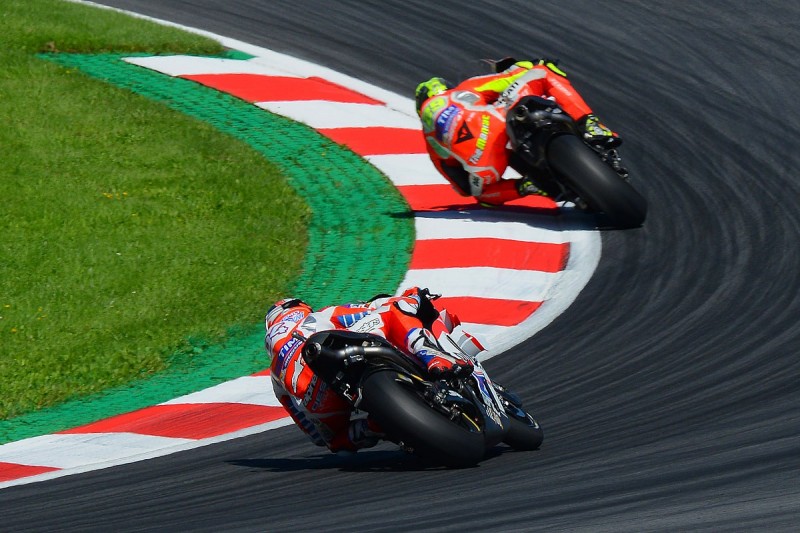 "[I'm] disappointed at the end because the feeling with the bike was special, everything was really good," he said.

"The point was, the risk Iannone took on the grid was fine.

"We pushed 100%, the last six laps other riders didn't have the same grip [as Iannone] and I struggled, because I couldn't stay close to him to try to overtake him.