While Ducati took the fight to Honda and Yamaha during the flyaway races to start the campaign, it was not a factor on Friday at Jerez.

Both of its factory riders lacked traction and finished more than one second off the pace set by Yamaha's Jorge Lorenzo, with Andrea Dovizioso ninth and seventh in the two sessions and Iannone 11th each time.

Compounding matters, Avintia satellite rider Hector Barbera starred on his older GP14.2 Ducati, with second and fourth, half a second clear of Dovizioso in the afternoon.

"It's a very difficult day for me," Iannone said.

"From the beginning this morning, everything is difficult.

"The feeling with the bike, [was] not so bad on the corner, but when I pick up the bike it had a lot of spin and does not have a good acceleration.

"It is very difficult to control this situation at the moment, but for sure we will focus and check the data and try to improve."

When asked if the problem was linked to the stiffer construction tyres adopted by Michelin following Scott Redding's Austin incident, Iannone noted that he finished on the podium in Austin a fortnight ago on the revised rubber.

"I think the engineers have an idea, a possibility, and I hope tomorrow will be better."

JEREZ ITSELF A FACTOR

Most riders discussed a lack of rear grip on Friday afternoon, with the likes of Lorenzo, Valentino Rossi and Marc Marquez noting that it was typical of Jerez, rather than a Michelin-specific issue.

"The thing is, already last year here we complained a lot," Marquez, who was Lorenzo's closest challenger on Friday afternoon, said.

"If you check from 2015, we complained a lot about rear grip with Bridgestone.

"It was a track that we were struggling a lot during the weekend and it looks like with the Michelin also we are struggling, but we already expected [that].

"I think it's more from the track. It's completely different than Austin, Argentina and Qatar, it's more stop and going, so the pitching is not the same and we are trying understand this." 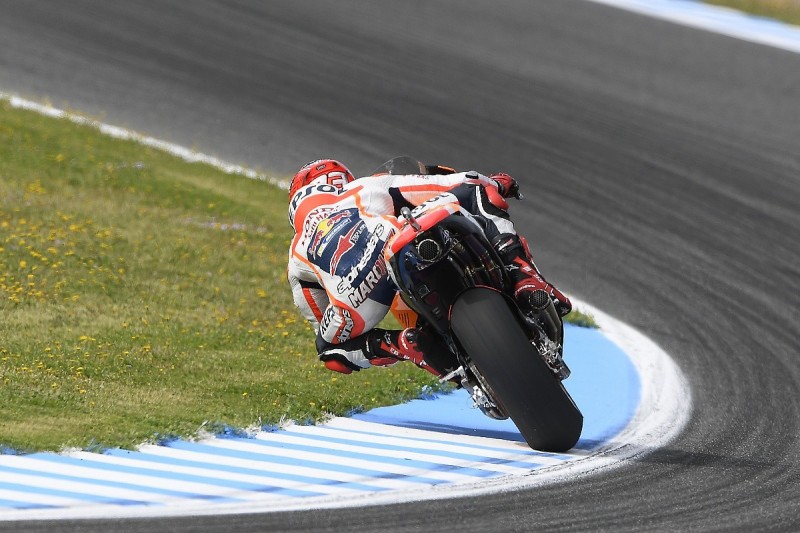