Ducati MotoGP star Jack Miller will compete in the final round of the Australian Superbike Championship at The Bend next month.

Miller will join Oli Bayliss, Mike Jones and Wayne Maxwell in the line-up of Ducati V4 Rs for the 2021 SBK season finale at the South Australian circuit.

He will travel back to his native Australia after the post-season MotoGP test at Jerez later this week for the December 3-5 event.

The surprise cameo comes off the back of a 2021 MotoGP campaign that yielded fourth in the points.

It will also mark the first time Miller has competed on home soil in two years, the pandemic having forced the cancellation of the Australian MotoGP round in both 2020 and 2021.

“I am really excited to be able to have this opportunity and race the final round of Australian Superbike Championship," said Miller.

"I would love to say a massive thank you to the guys at Ducati for allowing me this opportunity amidst our busy testing schedule.

“To go and race in front of the Australian fans is a massive privilege and honour.

Thank you the team at ASBK and Motorcycling Australia for their support at such short notice. I am also thankful to Ben Henry from DesmoSport Ducati for his help in the organisation.

“I am very excited to be able to race in front of the Australian fans at least one time this year, it is going to be fantastic. I look forward to seeing everyone there!” 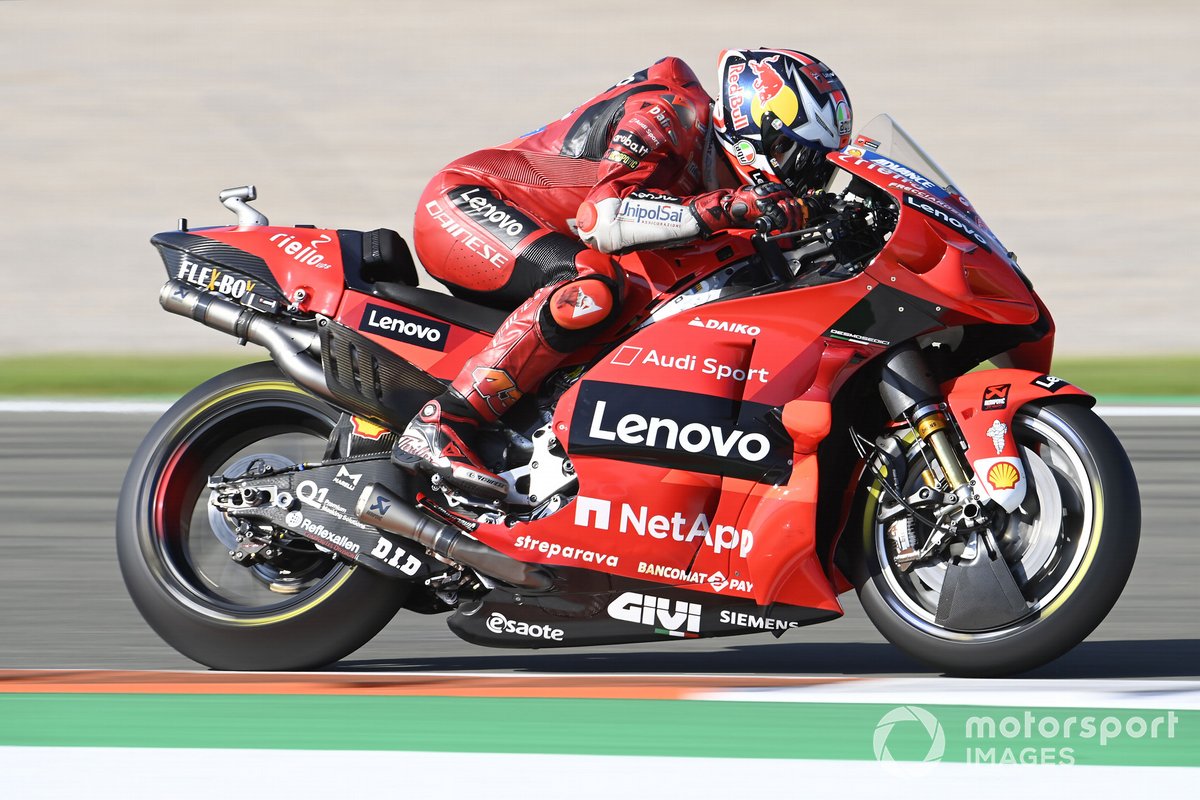 Miller "like a deer in headlights" in early Valencia GP laps

The Australian dropped to sixth in the early stages as he tried to manage his tyres after getting "flustered" in the opening laps, but came through in the end to just miss out on second to Martin.

"The first laps, honestly I felt like a deer in headlights," Miller explained on Sunday.

"I tried to pass Jorge, he immediately passed me back and I got a little bit flustered I guess you could see.

"Then I had a little bit of a moment when I grabbed the brakes at the last corner, I went wide, he [Bagnaia] came through.

"And it was Suzuki, Suzuki, Yamaha, I was like 'what's going on here?' But I was able to regain composure.

"I was leaving myself really vulnerable because I was managing on the exit of Turn 1 and through Turn 13, just trying to save the tyre.

"I just remember from the past with Marc those were two points of the track where he was really slow, it was where I could catch up.

"But later in the race they were two points he was fast at. So, I tried to play the long game a little bit but going back so far at the beginning of the race didn't help me in the long game."