As Ducati chases a first world championship since Casey Stoner's 2007 triumph, it has hired Lorenzo from Yamaha, with a view that the three-time MotoGP champion is the final piece of the puzzle.

While Lorenzo made a smooth initial transition during his first test with Ducati at Valencia last November, this year's pre-season running has been tougher.

As he adjusts to the significantly-different Desmosedici, Lorenzo was 10th fastest at Sepang, eighth at Phillip Island and then fourth at Qatar, two spots and 0.118 seconds behind Dovizioso.

The Losail circuit has been a happy hunting ground for Lorenzo and Ducati independently, and the Spaniard says the experience Dovizioso has gained with the team since 2013 could mean he slots in behind him initially.

"Dovi will probably be faster than me; as he was at pre-season testing," Lorenzo told Autosport.

"It would be reasonable if it finally happens that way, despite me being a five-time world champion and the strong effort Ducati made hiring me.

"Dovi's experience on this bike counts, a lot actually." 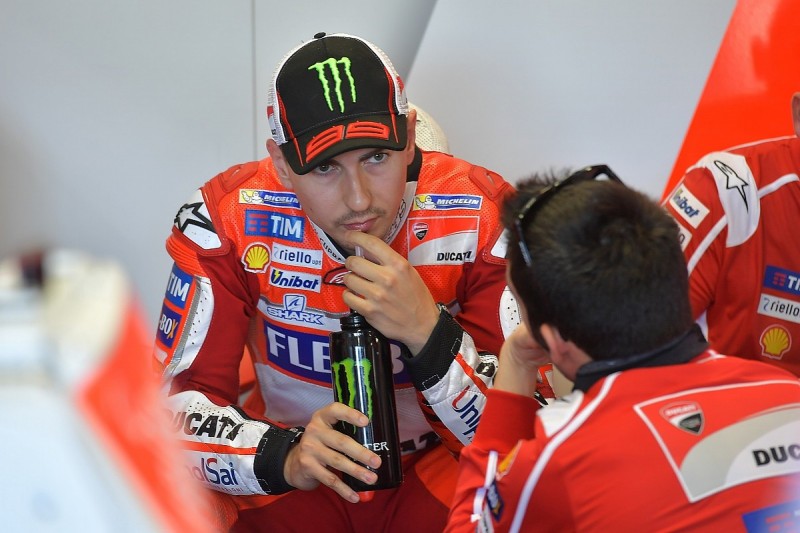 Dovizioso was favoured over Andrea Iannone to stay with Ducati, having won his first race for the manufacturer last October at Sepang.

He has been with Ducati as it has reemerged from the post-Stoner wilderness, with five podiums in 2016 taking his tally to 12 from four seasons.

Lorenzo won the 2016 season opener in Qatar ahead of Dovizioso, while Iannone also led for Ducati.

"This bike seems to be a bit complicated to understand," Lorenzo added.

"Apart from Stoner, every Ducati rider has struggled.

"Some of them, like [Nicky] Hayden, found how to overcome the situation.

"Some others, like [Marco] Melandri or [Valentino] Rossi, could never do so."