Lorenzo has only ever raced with Yamaha in the premier class, winning three titles in nine seasons since making his debut in 2008.

The Spaniard announced last April that he would leave Yamaha at the end of the 2016 campaign to join Ducati, looking to become just its second riders' champion after Casey Stoner in '07.

Lorenzo was cleared by Yamaha to test with Ducati last November after the Valencia season finale, and even though his involvement had otherwise been limited until the start of this year, the nature of his input has been noted by Ciabatti.

"Jorge is experiencing this adventure with a great emotion," Ciabatti said.

"Jorge has immediately understood how racing is in the DNA of this company.

"Not just in the DNA of managers, or his department, but everyone here lives a life based on racing.

"He's very motivated, he knows he's taken up a very important challenge, and he has the willingness, but he's also very humble.

"He wants to work in the best way possible, together with [new team-mate] Andrea Dovizioso." 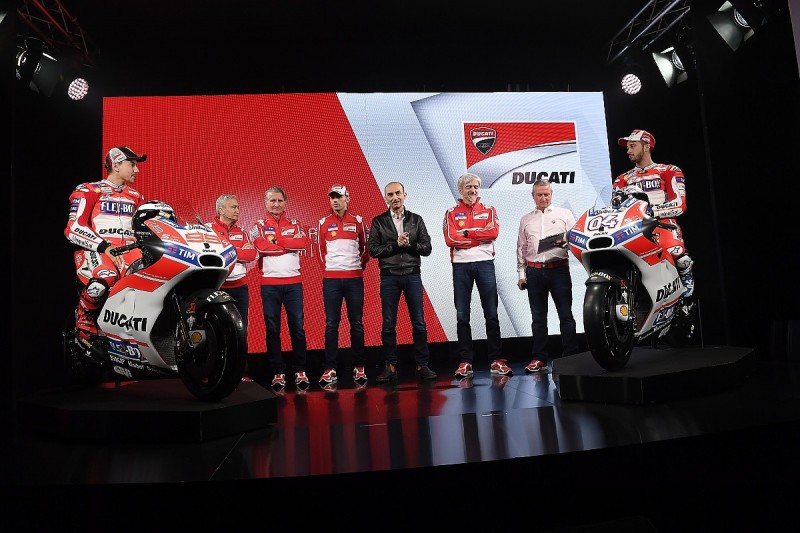 Lorenzo is regarded as the final piece of Ducati's puzzle to go with its improving Desmosedici, after it ended a winless run nearing six years in 2016.

CEO Claudio Domenicali says Ducati now has "all the cards" to win the championship in 2017, and team manager Davide Tardozzi echoed Ciabatti's view on its new rider.

"I met him some months ago, but we worked day after day. He calls us every single day.

"Winning the world championship will be an incredible endeavour for us - we have done it already, we want to do it again, as soon as possible.

"We have every single possibility, we can count on our engineering, our bikes and on our two riders, our team.

"They are now showing how resolute and dedicated they are, in their mental and physical training."