Andrea Dovizioso’s manager Simone Battistella says “I don’t think there is a chance” his rider will race the Aprilia in 2021, despite agreeing to test the bike next month.

The 15-time MotoGP race winner was ousted from his Ducati seat at the end of 2020 and has taken a sabbatical in 2021 having turned down a race seat offer from Aprilia.

But, earlier this month, Aprilia announced it would undertake a three-day private test at Jerez on 12-14 April with Dovizioso riding the RS-GP.

It remains to be seen what the ultimate aim of the test is for both parties, but Battistella has put hopes of Dovizioso lining up on the RS-GP in a race this year on ice – while revealing no other tests have been planned for the time being.

“Well, I don’t think there is a chance this season,” he told motogp.com.

“For sure he wants to do the test and he accepted the invitation of Aprilia.

“It’s just a test for the moment. We didn’t plan or speak about anything else.

“There may be another test or more testing, but at the moment we just decided to do this one and take it from there.” 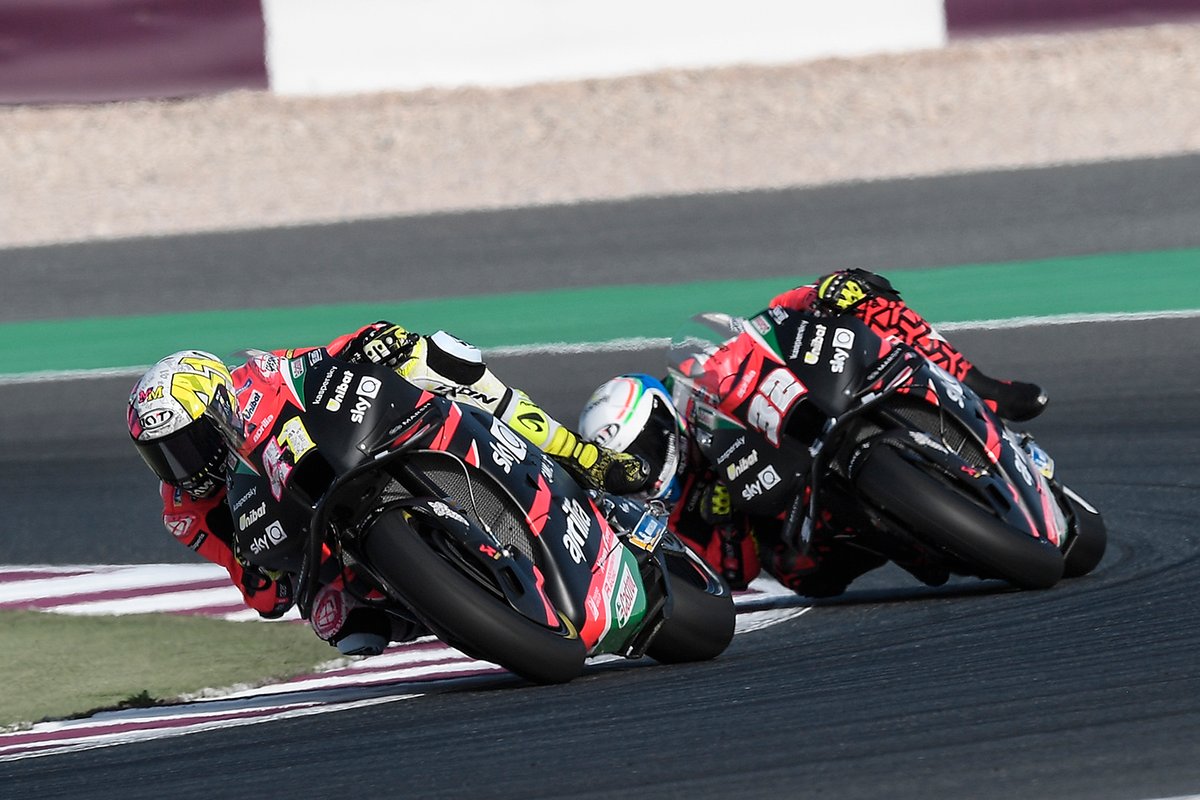 Dovizioso’s plans for 2021 centre on remaining race fit for a full-time return in 2022, with the Italian undertaking a campaign in motocross racing this year.

As a concession manufacturer, Aprilia is allowed to field a rider as a wildcard at six events in 2021 – opening the door for Dovizioso to line up on the grid should both parties desire.

Aleix Espargaro, who has previously called Dovizioso his favourite rider in MotoGP, said on Thursday in Qatar that he ‘couldn’t wait’ for the three-time championship runner-up’s feedback on the RS-GP.

Aprilia also appears to be without a test rider at the moment, after it elected to place Lorenzo Savadori in a race seat over Bradley Smith for 2021.

Smith was not present at the Qatar pre-season test, while Aprilia CEO Massimo Rivola noted during the marque’s launch at the start of March that he only “hoped” the Briton would continue in his role.

In 2021, Smith and ex-MotoGP racer Claudio Corti have joined together to set up the Project 109 team and riding school, with the aim of running bikes in the Supersport 300 and 600 categories of the Spanish Superbike Championship.