Dovizioso surprised he beat 'many MotoGP champions' to be runner-up

While dominant Honda rider Marc Marquez won the title by a mammoth 151 points, Dovizioso himself ended up 58 points clear of third place.

This was despite two retirements during the season, for both of which he was blameless - having been taken out by Jorge Lorenzo in Barcelona before getting caught up in Fabio Quartararo's crash at Silverstone.

Dovizioso admitted the final standings were "strange", and felt his own campaign can be viewed from different angles.

"I think we have to look at our season in a different way," he said. "Because, the goal was different, the goal was to fight for the championship and win the title, and we didn't, so we can't be happy about that.

"Still there are some points where we have to improve a bit more than what we did.

"But we have to be also realistic because this season the mix [of] Honda and Marc did something crazy. They scored, I think, the record of points, they won all the titles.

"But also, if you look at the championship, it's strange, because Marc scored record points, I did my record, and after me there is almost 60 points to the rider in third. 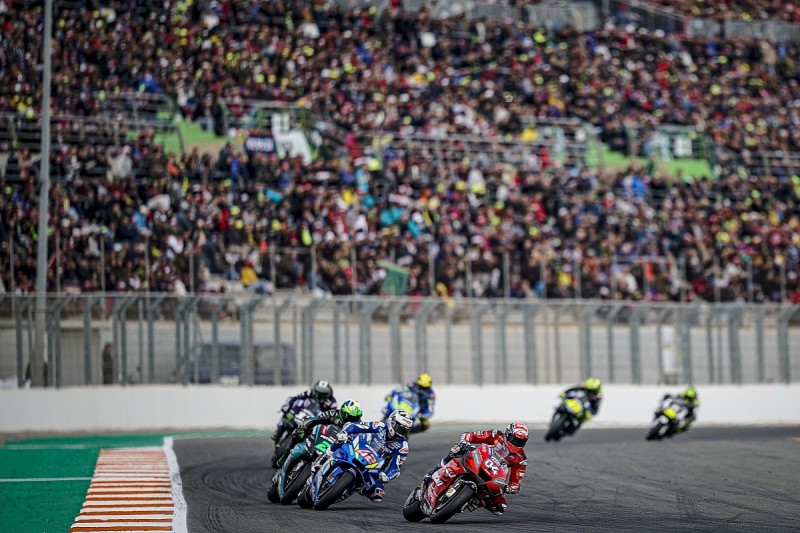 "So this means we worked in a pretty good way this season, because I had two zeroes [DNFs] and it wasn't our fault. And it's a big point.

"So, I think we have to be happy about what we did, because we confirmed [our position] in this championship, and the level is so high.

"If I look behind me, I'm a bit surprised - there are a lot of champions with a lot of good bikes.

"I think we managed the season in the races in a good way. So, depends on which way you want to see."

Dovizioso said Marquez's 2019 form makes it "difficult to think about the championship, but for sure not impossible".

"For sure it [our performances in 2019] is not enough, because we want to fight for the championship, but in this moment everybody looks [at] what we can do to beat Marc. It's very difficult.

"But it's not impossible, because this season Marc did something crazy, I think nobody expected that, [next season] can go in a different way, every championship has a different story.

"We have to continue to work really hard, in the way we worked this season, because the effort Ducati, the engineers, my crew and me [are putting in], we are pushing a lot."

How F1 influences have 'changed the image' of Aprilia MotoGP team