Laverty started a career-best 11th on his Aspar Ducati and ran as high as eighth at the Red Bull Ring, but lost several places and was defending 11th from Petrucci in the closing laps.

The pair collided at the final corner when Laverty was ahead and the Irish rider crashed as a result.

Stewards considered Petrucci's move "to be irresponsible riding causing a crash", and the Italian has been handed a three-place grid drop for next Sunday's race at Brno and one penalty point on his licence.

"In my opinion, he was riding more than aggressively - it was too much," Laverty said.

"At Turn 3 he rode almost on the inside of me instead of overtaking.

"He hit me at the apex and then I repassed him at Turn 4.

"I defended the line on the final corner, and again he did the same thing - coming up the inside - and I crashed.

"I'm not happy, because it happened more than once from him. 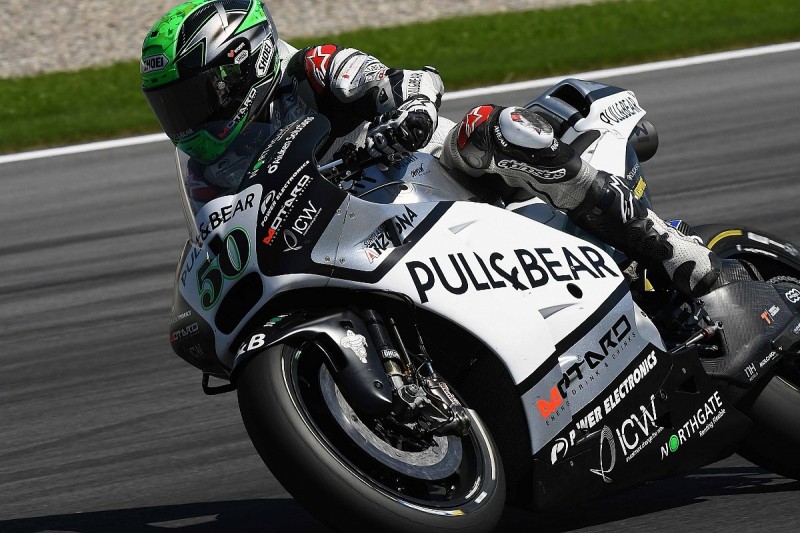 "It's cost me 11th place and we worked too hard this weekend for someone to ruin things for us 200 metres before the line, and all for a single point."

Petrucci, whose Pramac team-mate Scott Redding was the top satellite rider in eighth, accepted fault for the collision.

"First of all I want to apologise to Eugene for hitting him," he said.

"I did not want to pass him, I was just trying to attack, but I lost the front and I had to leave the brakes. I'm really sorry."