Pedrosa was given the all-clear to ride at the Circuit of the Americas on Thursday, just nine days after he was diagnosed with a fractured right radius from his high-side crash on the opening lap at Termas de Rio Hondo.

The Spaniard visibly struggled with the pain throughout Friday's two practice sessions on one of the most physically demanding tracks on the MotoGP calendar, and finished the morning down in 21st.

Pedrosa improved to 10th fastest in the second session, and said afterwards he felt it would be worth trying to salvage some points from the weekend despite the pain he is suffering.

"It was a tough two sessions today, especially this afternoon because I put the maximum effort," said Pedrosa, whose best lap was 1.162 seconds off the pace set by Suzuki rider Andrea Iannone. 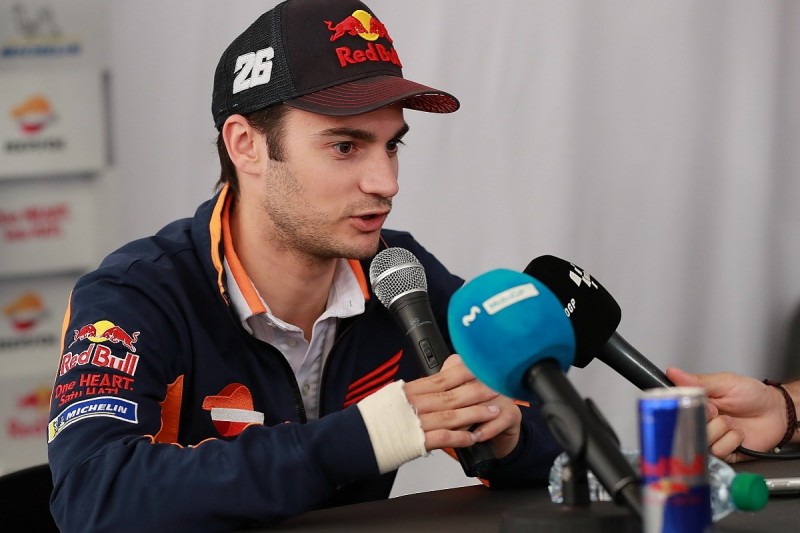 "This morning I was having pain, but I tried just to feel how I can do on the bike, but I can see my pace was not so good.

"I tried to put myself in a better position [in second practice] and I am very pleased with the outcome. But still suffering a lot of pain."

Asked if he was confident of making it through the rest of the weekend, he added: "I'm happy for today because we could do a little bit better pace than I expected, and this is very positive.

"I would say if I was riding like this morning, maybe there's no meaning to suffer, because you are outside the points anyway.

"That's why we tried the maximum to see if we can handle a little bit better pace, to have some meaning, to try to race and get some points."