After qualifying a disappointing seventh on Saturday, Vinales managed to recover to third place behind Honda duo Marc Marquez and Dani Pedrosa in a race dominated by strategy on a drying track.

The result was Vinales' first podium finish since June's Mugello race, and came on the first race weekend that he had fallen in line with Rossi by using Yamaha's latest chassis for both his bikes rather than switching between two iterations.

Vinales admitted that adopting a set-up similar to Rossi's was partly behind his strong dry pace.

"I think we've found the way again," said Vinales, who now lies 14 points behind Marquez in the championship standings. "Valentino helped us find it.

"We tried a set-up very similar to his and we did well, and it was using the same chassis as him.

"I felt very good in the dry, like at the beginning of the year.

"I increased my confidence and I feel stronger in the title fight.

"The first laps [after pitting] were hard because it was difficult to get heat in the tyres and I had no feeling. I pitted a little late as well.

"To reach the podium is a good result, almost like a win." 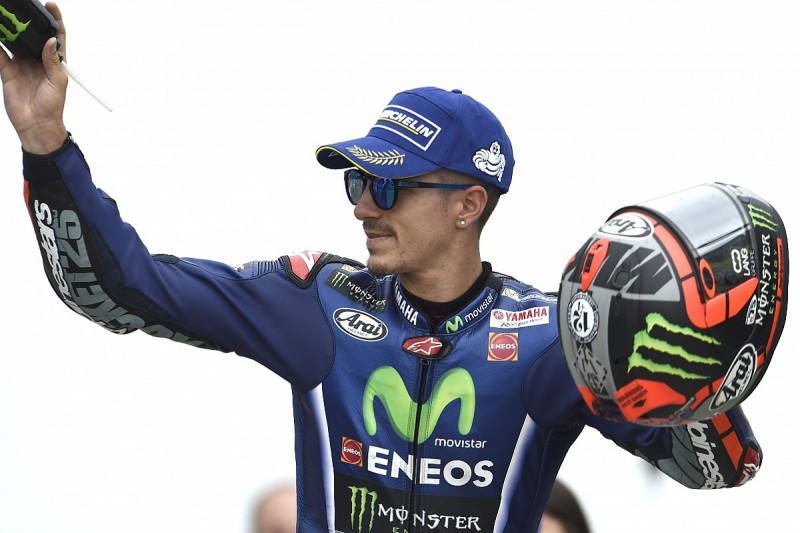 Vinales said Monday's post-Czech GP test would be critical to his title hopes.

He won three of the season's first five races but has not taken a victory since Le Mans in May.

"It's time to recover the feeling that we had in the first part of the season," he said.

"We have to work so hard, to find the correct way to refine the chassis, the suspension, everything, to keep on a good level from here until the end of the season."

Valentino Rossi: MotoGP flag-to-flag are a weakness for me