Hirscher has won the Downhill Ski World Cup slalom title eight times and seven gold medals in the World Championships, as well as two gold medals in slalom and the combined categories at the 2018 Winter Olympics in South Korea.

A Red Bull-sponsored athlete, the energy drinks giant organised the event at the Red Bull Ring in Austria this week, in which he was joined on track by current works KTM MotoGP rider Johann Zarco.

Hirscher began the day on the marque's Moto2 challenger, before switching to the 1000cc RC16, with Zarco accompanying him on one of KTM's road bikes.

This is just one of a number of events Red Bull has organised for its high-profile athletes to try out its motorsport machinery.

Last year, reigning MotoGP world champion Marc Marquez and his then-Honda team-mate Dani Pedrosa got to sample Red Bull Formula 1 cars at the Red Bull Ring, with both reportedly impressing with their performances in the '12-spec machine. 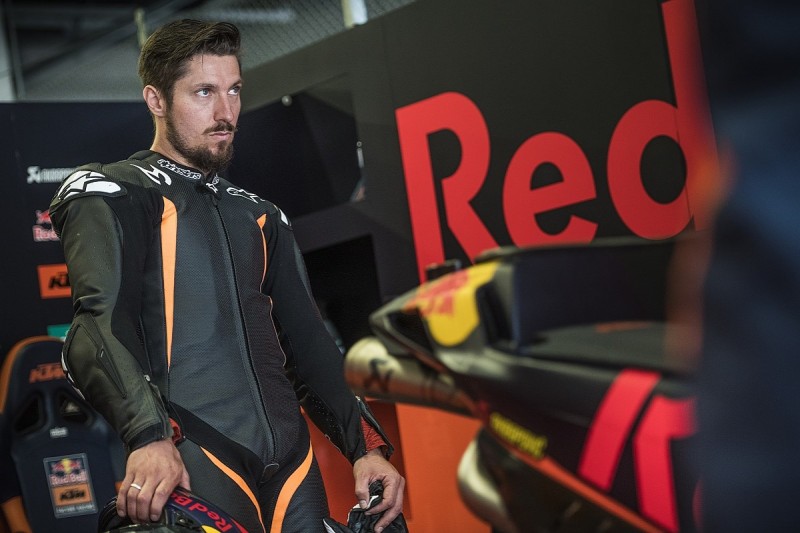 KTM currently sits fifth in the MotoGP constructor standings with 56 points, in what has been a so far mixed third campaign for the team.

Pol Espargaro has taken the RC16 to five top 10 finishes this season, including a career-best dry result for KTM of sixth at the French Grand Prix in May.

However, double Moto2 world champion Zarco's debut campaign at KTM has been extremely difficult, as he has struggled to adapt from the Yamaha he rode in the last two seasons.

Scoring just one top 10 so far, tensions have been fraught between Zarco and KTM management after an outburst against the bike at Jerez which prompted a public scorning from CEO Stefan Pierer.

Since then, Zarco has been working under new management, with ex-500cc polesitter Jean-Michele Bayle taking over from Laurent Fellon.

KTM has expanded its MotoGP project in 2019 and is supplying works machinery to the Tech3 team, while also gaining 31-time premier class race winner Pedrosa as its official test rider.