The Italian manufacturer did not show off its definitive 2017 Desmosedici during last week's Bologna launch, revealing only the livery that Jorge Lorenzo and Andrea Dovizioso will race this year.

It started testing the new bike in October last year, with Lorenzo and Dovizioso then getting their first taste during the post-season Valencia running in November.

From that base model, the Ducati in Malaysia is visually distinct, featuring a heavily-revised fairing - in line with this year's ban on winglets - and an off-centre exhaust, mounted on the right-hand side of the bike so far. 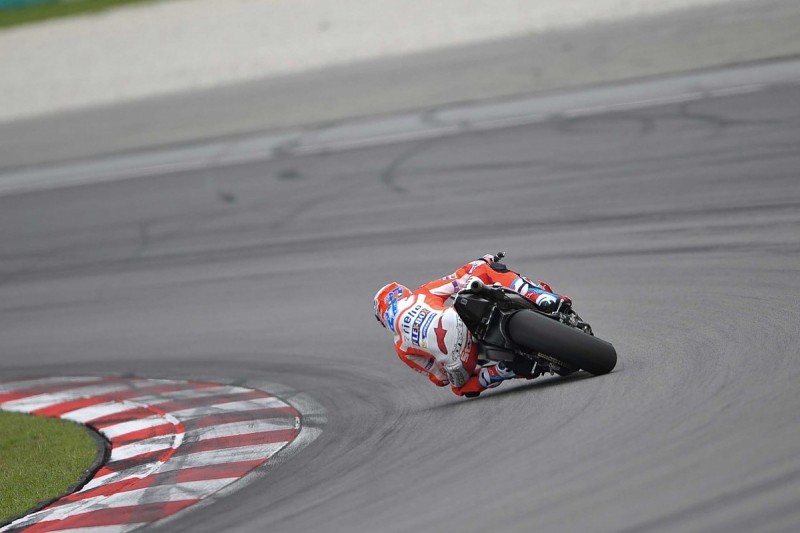 Test rider Michele Pirro started Ducati's 2017 programme on Wednesday before Stoner joined him on track with the new bike on Thursday.

Rain and the time it has taken the Sepang track surface to dry has, though, restricted Ducati's running so far.

Stoner and Pirro will stay on track on Friday, before Lorenzo and Dovizioso start the year's first full pre-season test at the Malaysian Grand Prix venue on Monday.