Ducati’s Francesco Bagnaia says his “lost the possibility” to fight for victory in the MotoGP Portuguese Grand Prix when his pole lap in qualifying was cancelled.

Bagnaia was set to start Sunday’s 25-lap Portimao race from pole after blitzing the lap record in qualifying, only for his effort to be cancelled for a yellow flag infringement, leaving him in 11th.

It took Bagnaia four laps to move up from 11th at the start of the race, but eventually worked his way into podium contention and was promoted to second late on when Pramac’s Johann Zarco crashed out.

The Ducati rider says second was the “maximum” result on offer for him, but feels he could have put Fabio Quartararo under pressure for the win had his qualifying lap not been cancelled.

“I think today the maximum result possible was the second position, because Fabio was in front with a big gap to recover,” Bagnaia said after Sunday’s race.

“Fabio set a really strong pace and I think no one was expecting a pace like this because the grip from the track was very high and also the tyres were working very well.

“So, I think we did an amazing job, everybody.

“I’m very happy because maybe in a situation like this last year I’m not here [on the podium]. 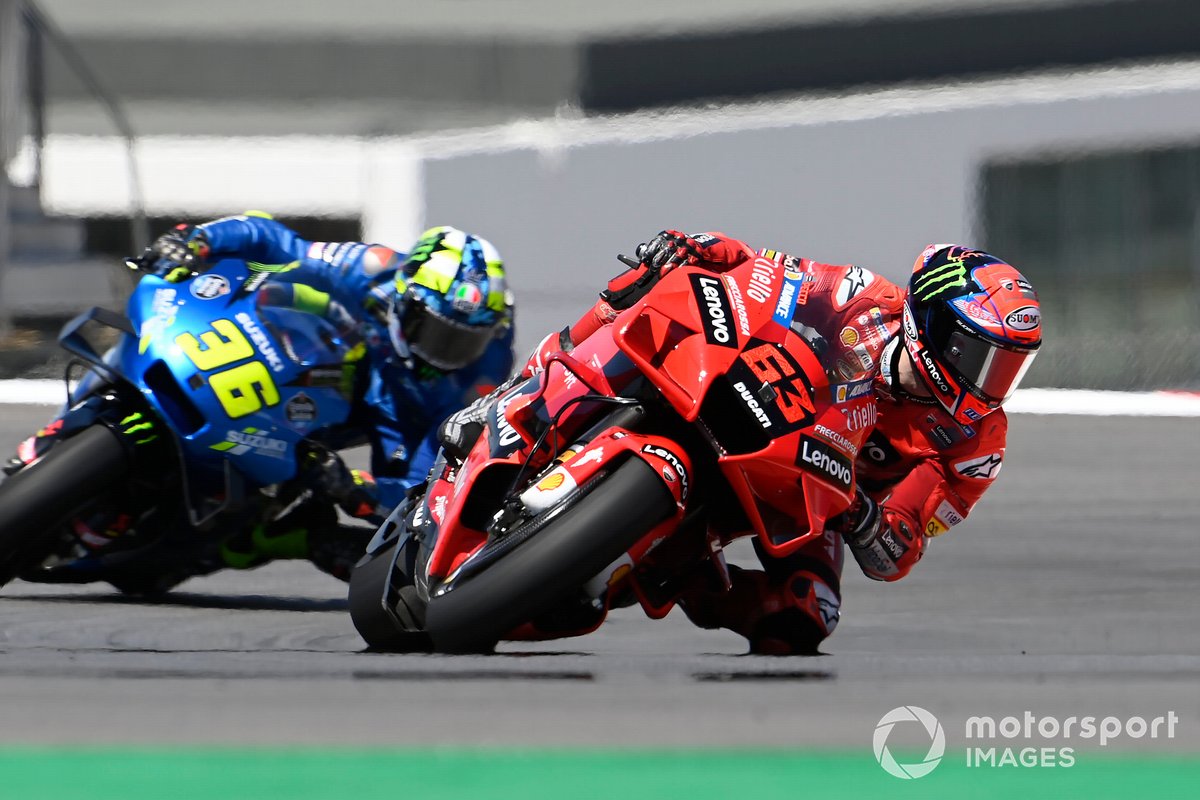 "I improved my riding style in this situation, and I overtook a lot of riders in some corners where I was thinking it was difficult to overtake.

“I’m happy. It was not easy, in the first brake it was easy to lose the front or go wide, so has been very difficult.

“But in any case, I’m very happy [with] the best result possible.

“We’ve been working very well this weekend and today the maximum was second and we achieved it. So, I’m very happy.”

Bagnaia came under pressure from Suzuki’s Joan Mir on the final lap but was confident he only needed to enter into the final corner ahead to maintain second, as the power of Ducati would keep the reigning world champion at bay.

“I was thinking Joan was on my back seat because I was hearing him and he was so close,” Bagnaia, no second in the standings, said.

“But I was thinking if I stayed in front to the last corner, it would be impossible for him to overtake me because our acceleration is very strong.