Crutchlow started using the new frame during his home grand prix at Silverstone last month, and stuck with it for the subsequent Misano and Aragon races.

While he says the strengths and weaknesses of the update - raced by factory Honda rider Dani Pedrosa at Barcelona but otherwise not used by the works team - and the older specification even out, Crutchlow has selected the newer version rather than swapping during and between the remaining four grands prix.

"To do back-to-back [comparisons], the problem is that you waste time doing that, we're wasting way too much time in sessions," he said.

"I can't go to this race and go, 'OK I want this chassis' and then the next race 'oh, OK, I want that chassis'. We can, essentially, but it's stupid to do that. It plays with your head also.

"And do you get the best result out of thinking that the other one might be a little bit better? You're better off to stick to your guns and be with one and that's it.

"[In terms of] agility, maybe it seems heavier at the end of the race.

"So maybe that's one reason why Dani again didn't particularly like it. There's one thing better and one thing worse." 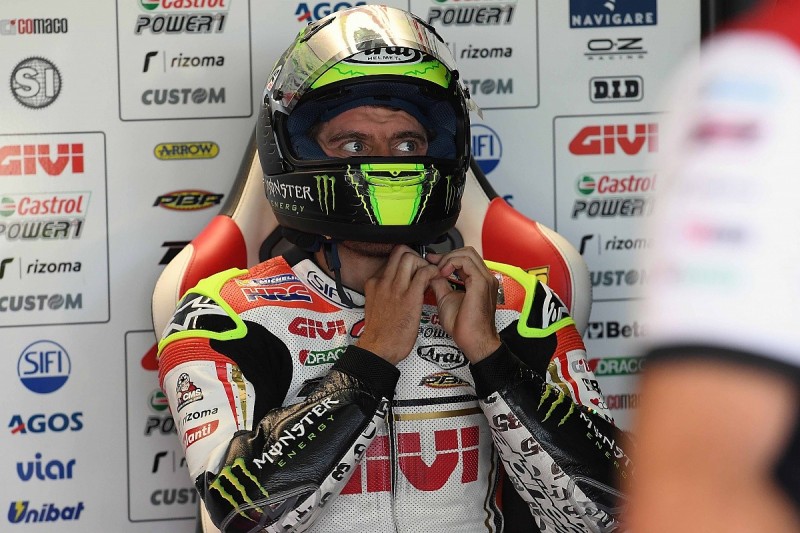 With the new frame, Crutchlow has finished second, eighth and fifth, as part of his rise to sixth and top satellite rider in the championship, having been 20th after the first five races.

"I think there's some areas where it still could be improved," he said.

"So in the end why not carry on with it, use it for mileage, use it for information for [Honda] because they can see the data?"

Pedrosa finished third at Barcelona when he tried the frame, but then switched back to his previous package.

He has eschewed updates in a bid to improve his understanding of the new Michelin tyres and electronics.

"And I don't think that is such a bad thing. Marc and Dani are essentially on the same chassis but they might have something different, a little bit, because of size or how they ride.

"One can choose one and one can choose the other. But essentially they are the same and mine is a little bit different but they all are three different chassis.

"But it's for three different riders. It's a good thing that they do it."