The Briton joined Lucio Cecchinello's satellite outfit in 2015 after a single season with Ducati, which followed Crutchlow's first three years in MotoGP with Tech3 Yamaha.

Of Crutchlow's 12 career podiums, only one came with Ducati in 2014, and he enjoyed a breakout '16 season that included his first two MotoGP victories.

Six manufacturers will be on the grid in 2017 with KTM's entry, but all 12 of those seats are accounted for for the next two seasons.

Crutchlow says any possible move to a factory outfit in 2019 or beyond would have to be the right fit.

"Do I think I want to be a factory rider again? If the opportunity arises, yes, but it has to be in the right factory and the right deal," Crutchlow told Autosport.

"Or it has to be something I'm interested in doing. But I'm happy with what I've got.

"Does it make you any faster? I don't know, but it makes your life a lot easier day to day.

"The years to come I don't know [what will happen].

"Honestly, if I wake up in two week's time and don't want to race a motorcycle, I won't.

"It's as simple as that. I have enough money in the bank to stop now and my family are very comfortable but I love what I do." 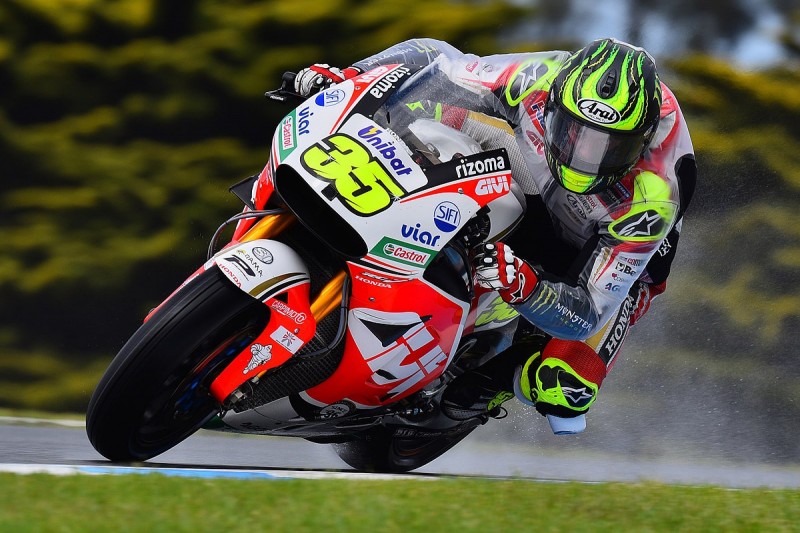 Crutchlow turned 31 late in the 2016 season, which he finished seventh in the standings.

While he does not consider the campaign his best in MotoGP, Crutchlow feels he is still getting better.

"At the moment I'm getting faster and I don't feel any different to two years ago," he said.

"My body aches a little bit more from the crashes over the years but that's the way it is.

"I've crashed a lot of motorcycles but I've managed to still have a great career.

"I don't like crashing but it's part of racing. I'm not the most naturally talented guy in the world.

"My body's probably not in the best shape it's ever been plus I'm getting a bit older.

"But crashing doesn't faze me, I get back up and go faster."