Cal Crutchlow has secured a two-year factory contract with Honda to stay with the LCR satellite outfit in MotoGP, Autosport has learned

The two-time grand prix winner joined LCR at the start of 2015, having previously raced with Tech3 Yamaha and Ducati, and his current deal was up at the end of this season.

While that contract is with Lucio Cecchinello's outfit itself, Autosport understands Crutchlow is now set to seal a direct agreement with Honda Racing Corporation with increased factory support.

He will stay on with LCR, having suggested as recently as last weekend's Barcelona round that he had options elsewhere, including with Aprilia, which has been searching for a replacement for Sam Lowes.

An announcement regarding Crutchlow is expected soon, most likely before the summer break that follows July's Sachsenring round. 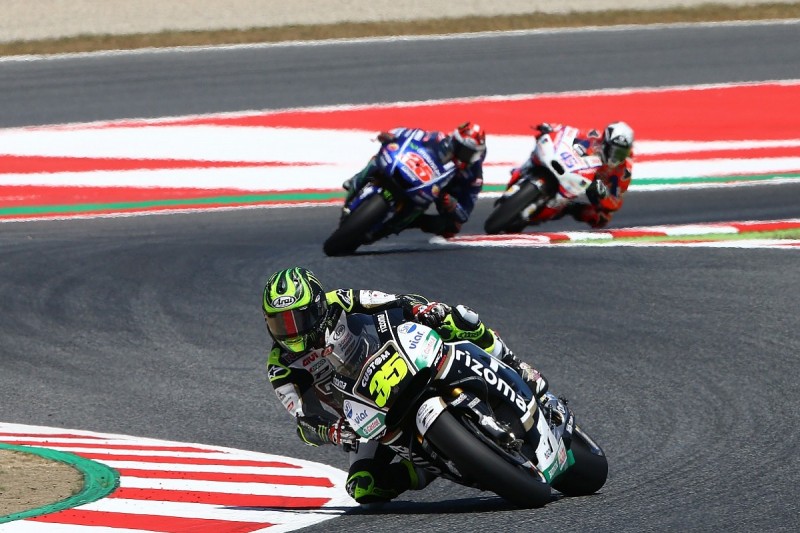 Crutchlow has become increasingly involved in Honda's testing and development in the last 18 months, often instead of factory pair Marc Marquez and Dani Pedrosa.

Jack Miller has been contracted to Honda since stepping up from Moto3 in 2015, but the Marc VDS rider's future is currently unclear in the final year of that deal.

LCR is expected to return to fielding a second bike next season, with Moto2 race winner Takaaki Nakagami considered the leading candidate.

Honda has previously said that it will promote the Japanese rider if he finishes inside the top three of the Moto2 standings, although he currently only lies seventh after seven rounds.