Lining up seventh on the grid, Crutchlow was one of five riders penalised for a startline infringement, along with Hector Barbera, Yonny Hernandez and Aprilia pair Alvaro Bautista and Stefan Bradl.

Crutchlow moved and was then stationary again before the lights went out, and his resulting slow start meant he dropped to 15th at the end of the first lap.

"I want to say sorry to my team, I made a mistake and it's as simple as that. I let the clutch out too early.

"I thought the penalty was very harsh, but I suppose with the other people jump-starting if I didn't get the penalty then there would have been complaints.

"I stopped, and then the lights went out, and promptly lost 10 places on the track."

After serving his penalty, Crutchlow eventually finished 15th, salvaging his fifth points finish of the season to leave Austria 15th in the standings. 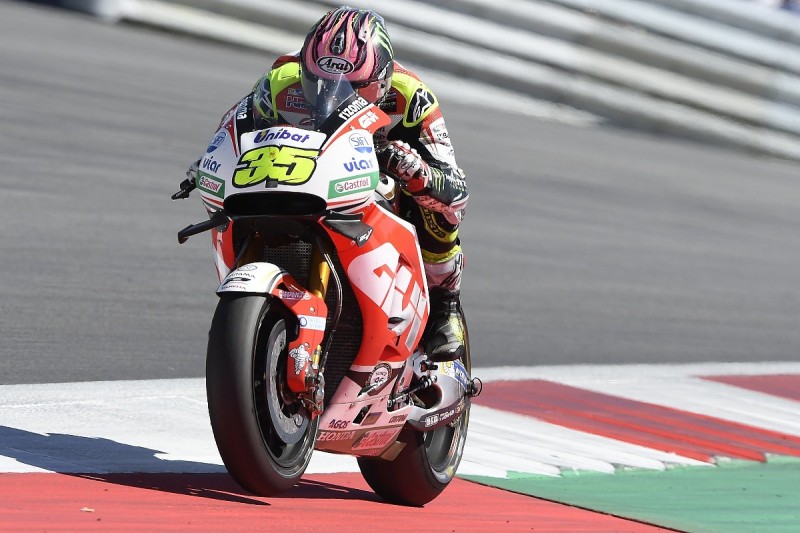 Without it, Crutchlow feels he could have finished between factory Honda pair Marc Marquez and Dani Pedrosa, who were fifth and seventh, split by Suzuki's Maverick Vinales.

"I made sure I brought the bike home though, that was the main thing.

"So to take an average result when there are so many positives is a bit hard.

"I don't know where we would have finished, maybe in between Marc and Dani, but we didn't and that's it."

Aprilia bosses hit out at performance of MotoGP team