After being struck down by a suspected mononucleosis, Folger was forced to miss last weekend's Japanese Grand Prix at Motegi, and was replaced by Yamaha tester Kohta Nozane.

Tech3 said at the time it was highly likely Folger would also be forced to skip this weekend's Phillip Island event as he had flown home to Munich for medical checks.

His place in Australia will be taken by 35-year-old Parkes, another member of Yamaha's endurance racing stable, who last raced in MotoGP at Valencia in 2015, deputising for an injured Alex de Angelis.

Parkes contested the previous season with Paul Bird Motorsport, scoring a best finish of 11th, and has since raced in both British Superbikes and the FIM Endurance World Championship.

He described the Tech3 chance as "an amazing opportunity to race at my home grand prix in front of all of my supporters, fans and family".

Miller expects to be back for Australia 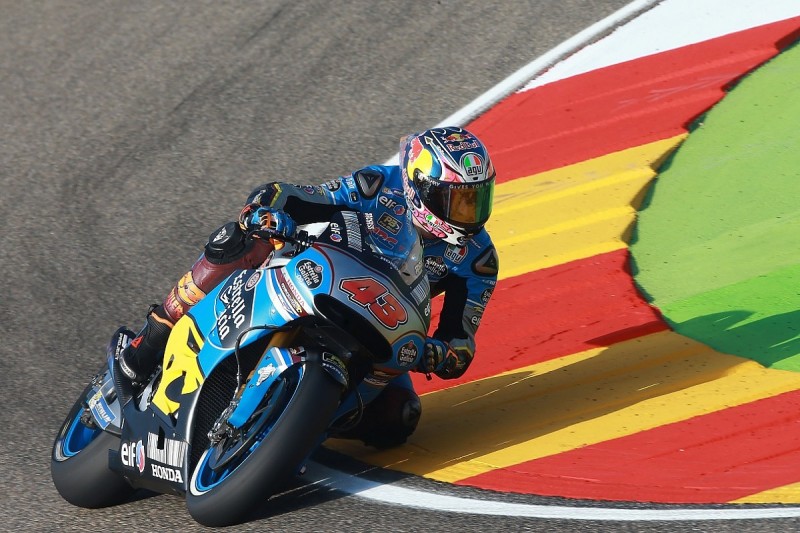 Parkes's countryman Jack Miller says he will be fit enough to return at Phillip Island after breaking his leg in a trials bike incident.

Miller was replaced at Marc VDS by Honda test rider Hiroshi Aoyama for Motegi but says he is now nearly recovered.

"I'm not sure what I physically have to do when I get to Phillip Island to be formally passed to race next weekend - I'll cross that bridge when I come to it - but I've got no dramas whatever I have to do.

"I've made massive progress over the last week, and I could go out running right now if I needed to.

"It's not just that it's Australia that I'm ready to get back racing next weekend - wouldn't matter where it was, I'd be right to ride."

Miller sustained the injury, which will require him to carry a metal plate and screws in his leg until the end of 2018, in what he described as a "nothing" incident rather than a crash.

"I put my right foot down because the front wheel washed out, like it's done a million times before, on a grassed slope," he explained.

"As I did that, it jarred my leg and gave me a massive hematoma above the knee, and then below the knee, the tibia just split.

"I guess when I threw my leg out to save the front, the leg was loose and the muscles weren't tight, and the bone just cracked."