Smith has missed the last three grands prix since suffering knee ligament damage in a crash in practice for the Oschersleben 8 Hours race in August.

He will be back for the Japanese Grand Prix on October 14-16, by which time he will have spent 50 days off a motorcycle.

Having undergone surgery in early September before settling into an aggressive rehabilitation programme, Smith said that if his initial rate of recovery continued, he would get to 100% in time, but he expects that to "hit a flat point" at some stage.

"I've just been doing everything that I can," he said.

"I'll follow that kind of regime before I fly to Japan. So far, from all of the medical team, they believe that I'll be ready.

"It won't be 100%, but if I want to ride, I can ride and it's just down to me to manage my own expectations, pain and this, that and the other.

"The more work I put in now, the easier Motegi will be. That also gives me a lot of motivation." 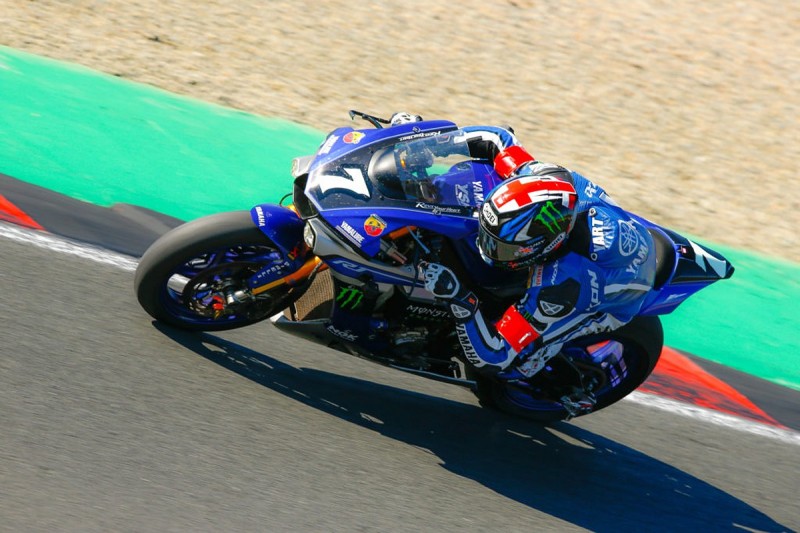 Smith spent a week with physiotherapist Harrison Ross in Manchester last month in a full-time programme he described as "three hours of physio, two hours of gym and one hour in the swimming pool", along with "waking up during the night, every couple of hours, icing" the knee.

The 25-year-old is moving to KTM's new programme for 2017, and said that the initial prognosis was that he would not be back on a bike this year, one he never really entertained.

"Inside my head, I didn't want to believe it," he said.

"When you read the reality of [the MRI], then you are a bit 'OK'. But I still didn't want to believe it, even then.

"The nice thing was, when you sit down with a surgeon and he says, 'six to eight weeks' and you know that's definitely five.

"I've just done everything I can from the first moment and my body's responded well.

"If I had've listened to the first surgeon that saw me, then the season's done and I wouldn't be riding until next February."

Doctors initially feared Smith had featured his femur, given the nature of the crash and his injuries.

"I can understand why, because I was complaining a lot about the femur and knee area," he said.

"And there was a hole in my leg. How does a rider get a hole in their leg unless something's broken and made a hole?

"I can understand why they did that. Still, if you are a medical guy, you should only say when you know.

"I'm just pleased that there's a good chance [to return at Motegi] through all of the hard work and everything that everyone's done for me."